> Home > Columns > Sam Smith > Ratcheting up the Tension in The Turn of the Screw at Regent’s Park Open Air Theatre, London

Ratcheting up the Tension in The Turn of the Screw at Regent’s Park Open Air Theatre, London 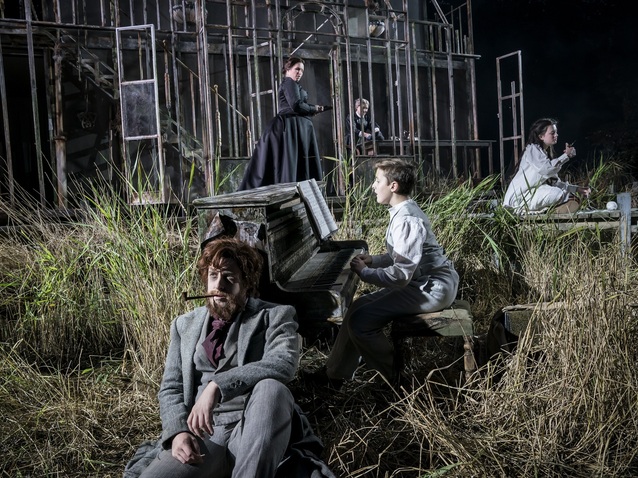 The Turn of the Screw is a 1954 chamber opera by Benjamin Britten, with Myfanwy Piper’s libretto being based on Henry James’ eponymous novella of 1898. Told across a prologue and sixteen scenes, with each of these being preceded by a variation on the twelve-note 'Screw' theme, it has been described as one of the most dramatically appealing of all English operas.

Set in an English country house in Bly in the middle of the nineteenth century, it tells of a young governess who is employed there to care for two children by their uncle and guardian. He, being busy in London, has instructed her never to write to him about the youngsters, never to inquire about the history of Bly House, and never to abandon the children.

As the Governess, who is never named, meets the young Miles and Flora, and housekeeper Mrs Grose, all seems fine. However, a letter soon arrives informing the Governess that Miles has been expelled from school, which she ignores believing him to be too innocent to have done anything that might warrant expulsion. Meanwhile, she spies a pale-faced man standing on a tower of the house and then staring through a window. Mrs Grose explains that Peter Quint, the former valet at Bly House, had sexual relations with the former governess Miss Jessel, and both seemed to have inappropriately close relationships with the children before they died. What follows becomes a very personal battle between the Governess and the ghosts of Quint and Miss Jessel (who are both seen with increasing regularity) for the very souls of the children, with the outcomes for each of the youngsters being quite different. 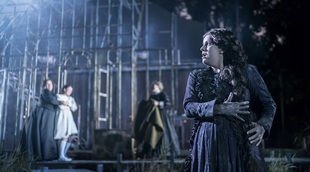 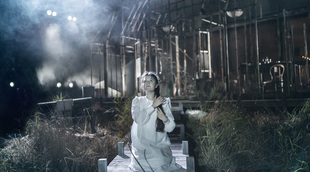 In this Timothy Sheader directed co-production between English National Opera and Regent’s Park Open Air Theatre, the piece is staged in the latter’s venue, which is entirely exposed to the elements. In this way, the production exploits the opportunities to contrast light and dark as it blends interiors with exteriors. The decision was taken not long before opening night to commence the opera at 8.00pm rather than 7.45pm to ensure that it begins in broad daylight but ends very much in the dark. Within this overall progression from one extreme to the other, however, Jon Clark has designed the theatre’s own lighting to provide variation. For example, in Act II there is a point at which the family heads to church, and this scene is lit to look like a bright Sunday morning. It also signifies a sense of relief and release at a moment when, with the children singing a song that sounds like a psalm, it does feel as if all may be right with the world.

The opera involves interior and exterior locations and can switch between them in an instant, which can pose challenges for any set designer. Soutra Gilmour’s ingenious solution is to present a house in a delipidated state, which not only hints at its damaged past, but means that its skeleton frame can pass for both the indoors and out. Normally, the shape of the theatre’s round stage is obvious as it lies at the base of an ampitheatre-like auditorium. Here, however, it is obscured as thick reeds surround the house, hinting at the marshlands of Britten’s beloved Suffolk. By consequently blurring the line between performers and audience the action feels very immediate as the ghosts frequently appear in the aisles, and even step out from the venue’s surrounding bushes. The effect is completed by having a damaged piano, which is also used in the plot, lie in the marshes below the house to emphasise the sense of decay.

The ensemble, comprising thirteen members of the ENO Orchestra under the baton of Toby Purser, plays extremely well. It is a shame that the open air setting necessarily requires both singers and players to be amplified, which can take just the edge off Britten’s score in which balance and clarity are so important. However, when the music is such a mixture of tonality and dissonance, some elements of it work well with amplification, and it does help the output to carry a ghostly tinge. The orchestra is positioned inside the structure of the house so that we merely glimpse it behind some type of gauze. This makes it feel like a ghostly force driving the action, with the fact that it becomes more visible as the external light fades suggesting that such forces are growing stronger. It is also clever that when the character of Quint sings from outside the auditorium, his sound is only channelled through a few speakers so that, even though we cannot see him, we know where he must be positioned.

The run is double cast, but opening night saw Anita Watson play the Governess with her well-shaped soprano combining accuracy with a passionate sense of determination, and contrasting well with Elin Pritchard’s slightly thicker voice as Miss Jessel. Janis Kelly is luxury casting as Mrs Grose, making the character feel more complex than is often the case, while William Morgan gets the evening off to a compelling start as he sings the Prologue. The highest accolades, however, go to Elgan Llŷr Thomas who asserts an extremely strong and expansive tenor as Peter Quint, and Daniel Alexander Sidhom and Elen Willmer who play Miles and Flora respectively, and reveal exceptional versatility in both their singing and acting for ones of such a tender age.

The Turn of the Screw - English Natio... 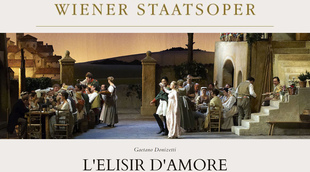 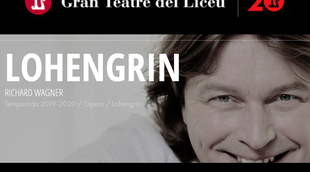