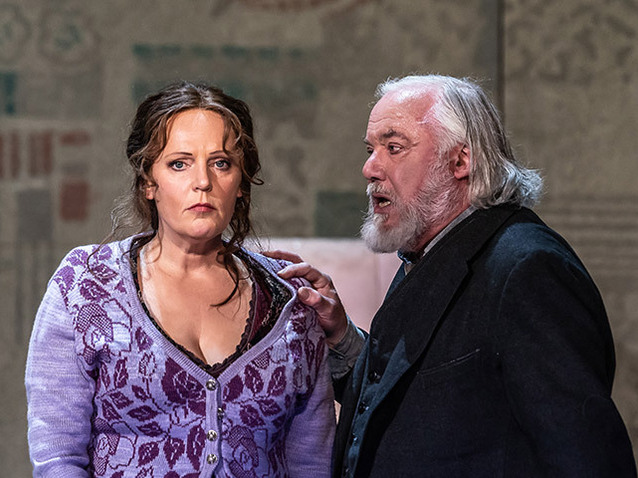 Although initially enjoying great success, Shostakovich’s Lady Macbeth of Mtsensk of 1934 has courted controversy almost from day one. Being condemned from various quarters for its lurid descriptive music in the sex scenes, its supposed justification of Stalin’s genocide (the main protagonist kills her kulak in-laws) and its ‘primitive satire’ in its treatment of the priest and police, it was attacked by both Stravinsky (who described it as ‘lamentably provincial’) and the Communist Party who in 1936 banned performances in the Soviet Union for nearly thirty years. 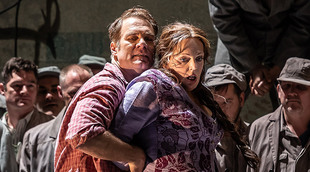 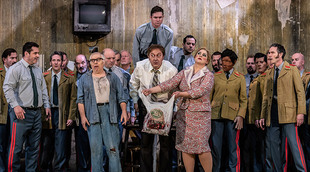 It reappeared in a revised form (Katerina Izmailova) in Moscow in 1962, and although productions (usually of the original version) have increased since the composer’s death in 1975 it is still not frequently performed. In fact, when this production by Richard Jones first appeared in 2004 (it is now revived by Elaine Kidd), it represented the first time that the Royal Opera had ever staged the work.

The Lady Macbeth of the title is Katerina Izmailova, trapped in a childless marriage with flour merchant Zinovy. She finds love in the arms of the mill’s new womanising worker Sergey, but in her bid for freedom murders both her unsympathetic father-in-law Boris and (along with Sergey) her husband. Her crimes initially remain undiscovered but the law finally catches up with Katerina and Sergey at their wedding. While both are being taken towards a penal labour camp in Siberia, Sergey abandons Katerina for the younger convict Sonyetka. Her final act of revenge is to kill this rival, although she also dies in the process.

For the majority of the evening, John Macfarlane’s set consists of two large adjacent rooms with immensely high walls. These emphasise the claustrophobic setting and Katerina’s sense of entrapment. Very cleverly, in each scene we see two spaces such as a mill office with the kitchen to the right, or the kitchen with a bedroom to the right. This is made possible by having the two basic spaces look identical so that props to denote the kitchen can be placed in either of them. Jones and Macfarlane often place repeated images on walls, and doing so here works perfectly as the resulting torn and faded wallpaper stresses the associated boredom and monotony. After Katerina murders Boris and Zinovy she transforms the house to make it her own, so that new brighter wallpaper appears that comments, perhaps ironically, on Soviet ideas of progress and modernity. The interiors that have undergone this transformation certainly allude to the luxury apartments featured in the film version of Shostakovich’s operetta Cheryomushki.

The staging is dynamic without feeling excessive. In the opera, love making is accompanied by coarse, suffocating brass and woodwind, and incessant throbbing rhythms, leading to trombone glissandi at orgasm. If the music is already verging on the obscene with its realism, it is very difficult to portray the love making without pushing things too far. The cleverness in this instance is to take things all the way to the edge without ever quite pushing them over it, as the lovers disappear behind a wardrobe for the climax, thus leaving something to the imagination still. The music also possesses dashes of (ironic or uncomfortable) humour as Katerina desperately tries to distract the priest from pursuing the thought that she killed Boris, and the wedding guests want to do nothing but drink. This production plays out these instances well, while revelling in the score’s ‘oom-pah-pah’ moments by seeing the orchestra’s relevant brass players actually appear on the stage in full costume so that they become participants in the scene. 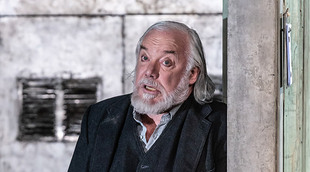 If the opera and staging are powerful, the evening is made truly overwhelming by the musical performances. In the pit, Sir Antonio Pappano brings out every nuance in the enigmatic score, while Eva-Maria Westbroek in the title role reveals a richly hued soprano in which her voice’s sumptuousness is perfectly offset by its excellent shape and sense of delicacy. She skilfully makes this Katerina both a real Lady Macbeth, in that she is the prime mover in the murders and transformation of her life and house, and an immensely vulnerable person for whom the audience feels compassion in spite of everything she does.

Brandon Jovanovich as Sergey displays a brilliant tenor that shows exceptional richness and strength, and yet rings out in such a way that there is a touch of ethereal lightness about it. Sir John Tomlinson is magnificent as Boris, cocking his head as he cocks his gun, and thoroughly commanding the stage with his brutish and expectant ways. There is also fine support from the rest of the cast including John Daszak, who puts just the right level of ‘disappointment’ into the character of Zinovy, and Aigul Akhmetshina who makes Sonyetka just a little mischievousness in one sense, and totally callous and cruel in another. All told, this is a powerful and unmissable night at the Royal Opera House. 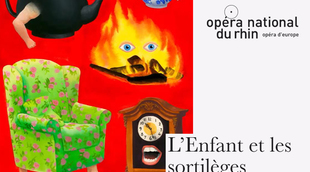