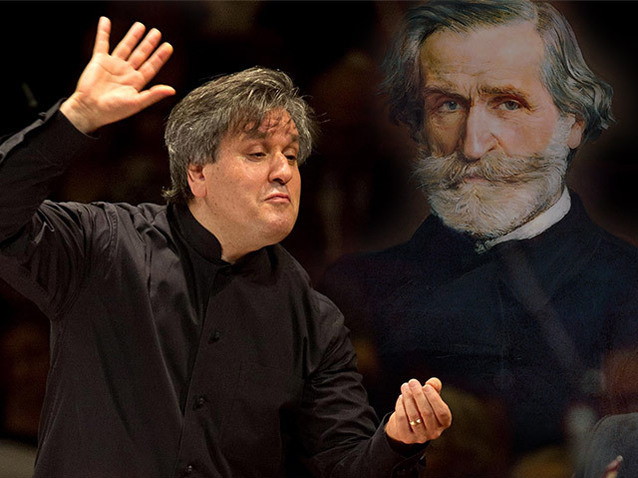 Although German conductor and Wagner associate Hans von Bülow was being derogatory when he described Verdi’s Messa da Requiem as an ‘opera in ecclesiastical garb’ (he later retracted the remark), it is a comment that describes the inherent power and theatricality of the piece. Such a description does not, in fact, need to carry negative connotations for as Verdi’s second wife, the soprano Giuseppina Strepponi, wrote, a composer must write as the texts inspire them to feel. As a result, why should Verdi’s interpretation be less legitimate than any other musical rendering of them?

Many composers have indeed set the Catholic Church’s Requiem Mass or Mass for the Dead to honour departed friends, or sometimes in response to a commission, although no major composer ever wrote more than one. In theory, it would be possible to do so to honour different people, but it is as if each felt that there was a finality inherent in the act of writing a Requiem, which meant they were never able to repeat it.

Verdi himself had actually written in 1871 ‘There are so many, many, many Requiem Masses!!! It is useless to add one more’. However, following Rossini’s death in 1868, he had planned to create a Messa per Rossini, with different movements being written by the leading Italian composers of the day. The music was written, but the piece was never performed on the first anniversary of Rossini’s death as Verdi had intended, and in fact did not enjoy its premiere until 1988.

When the writer Alessandro Manzoni died in 1873, Verdi decided to write a Requiem, this time completely on his own, although he did incorporate his own contribution to the Messa per Rossini into the concluding Libera me. It premiered on 22 May 1874 in the Church of San Marco in Milan, with the female singers having to dress in black, with their heads covered by mourning veils, as the use of women’s voices in church was not officially permitted.

Although Verdi’s Requiem is undoubtedly dramatic, it is a mistake to see it at as merely that because its language actually combines the composer’s contrapuntal skill, which is a conventional element of sacred music, with his theatrical instincts. In fact, the great strength of this performance from the Orchestra of the Royal Opera House, under the baton of Sir Antonio Pappano, was its ability to delineate the vast range of moods and textures with such skill, and in many cases subtlety, that the piece actually felt like the most coherent whole.

For example, within the lengthy Dies irae the tenor’s ‘Ingemisco tamquam reus’ was exquisitely rendered as soloist Benjamin Bernheim combined clarity with sensitivity in his soaring lines, and the high strings and oboe solo complemented his sound perfectly. The ‘Confutatis maledictis’ that immediately followed, however, naturally revealed richer orchestral colouring, but the same regard for balance and detail as was shown in the previous section rendered the contrast complete by providing the same basic measure for comparison. Here soloist Gábor Bretz completed the effect with his deep and strong bass really allowing all of his notes to resonate.

The Royal Opera Chorus was on splendid form, making each refrain of ‘Dies irae’ feel more overwhelming than the last, while the four solo voices worked well together with many sections of the Requiem involving two or more. In this respect, Lise Davidsen’s soprano and Jamie Barton’s mezzo-soprano blended perfectly in ‘Recordare, Jesu pie’ where Barton’s full tone was allowed to come to the fore. The Libera me that closes the piece, however, was arguably the highlight of the evening as Davidsen, who only replaced Krassimira Stoyanova at short notice although she did sing the same part at the BBC Proms in the summer, led the chorus. There were infinite nuances in her voice, and yet these were all brought together so effectively that the sound felt as clean and pure as it was undoubtedly rich. Her transition from the final, almost ephemeral, assertion of ‘Requiem’ to the more foreboding ‘Libera me’ that followed was also particularly well managed.

The performance celebrated the fiftieth anniversary of the Royal Opera’s Royal Charter, and at the start Sir Antonio Pappano, as its Music Director, gave a speech to honour this. He also paid tribute to Montserrat Caballé who sadly died recently, and asked the audience on the one hundredth anniversary of the end of the First World War to use this Requiem Mass to think of all of those who gave their lives in it. The performance was broadcast live on BBC Radio 3 and will be available on BBC Radio 3 iPlayer for thirty days.