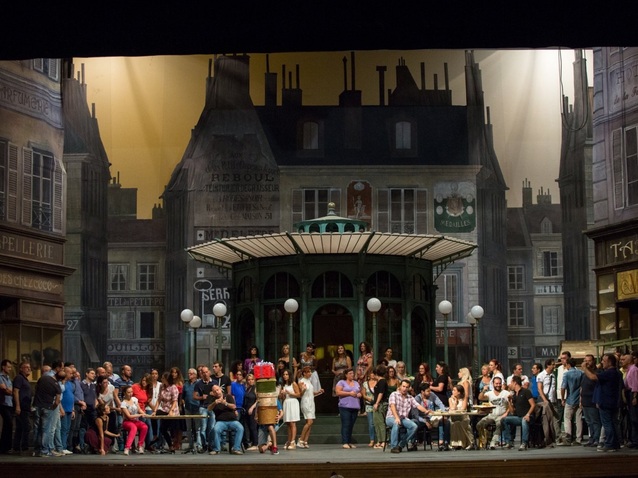 Palermo has a spectacular location along the tyrrhenian coast line, and right in the middle of the city, resides Italy's biggest opera house with the appropriate name Teatro Massimo. It is a classical building, a copy of a Greek temple, and one can well imagine what a feeling it was to enter in such a temple by climbing the stairs to the entrance of this massive building. It was openend in 1897 and witnessed the glory and wealth of the city after a construction period of 20 years. Another 20 years were necessary to restore the building in the last century because of the corruption and mafia interventions. Only by the courage and effort of the then young Lord Mayor, the theater was reopened just in tme for the centennial in 1997, and is since a symbol of the fight against organized crime.

So the seaonal openings of the teatro are an event of public interest, especially when the Italian President participates. Even more in the case of Sergio Matarella as he is a Palermitano too, he was born and raised in this city. The elegant Sicilian society walks over the red carpet expecting the refreshed interpretation of Giacomo Puccini's La Boheme, one of the most successful operas with a touching love story and some of the greatest hits of classical music. It is Giacomo Puccini's fourth opera, which stands on the edge of romantism and expressionism at the turn of the last century.

The music starts immediately bringing us into a little apartement in Paris with a wonderful view overlooking the area - stage design by Francesco Zito. The music is clear, direct, intimate as well as using 'Leitmotiv' with a wide melodic span and some harmonious intensive decoration. Pier Giorgio Morandi, the conductor of the evening is keeping his interpretation transparent. His tempi are fresh but not driven by narrative emotion. He offers space for the singers and their interpretation using the intermezzi for an elaborate orchestral presentation.
Maria Agresta as Mimi and Giorgio Berrugi as Rudolfo are the tragic loving couple of the evening. She has a fine soprano voice with wonderful pianissimi and a modest silver shimmer fitting well to the character of the mortal destined Mimi. He is a solid tenor with Italian timbre and some minor problems in the height. Lana Kos as Musetta and Vincenzo Taormina as Marcello are the struggling couple accompanying them. She has a widespan mezzo voice with a dark timbre, matching his full and fresh bariton sound. Gianluca Buratto surprises with a most touching presentation of Colline's well known aria. He has a Russian style deep voluminous bass, warm and expressive, covering the house with dignity. Mario Pontiggia is the director of this traditional interpretation in a colourful setting, avoiding political or modern expression. The audience welcomes the artists and the team of the director with a hearty and strong applause with bravi for Mimi and Rudolfo at the end. After a last view at the president in the royal box, the Palermitan high society leaves the house with respect and pride. 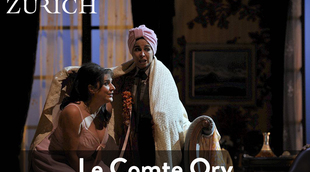