Tannhäuser at the Longborough Opera Festival 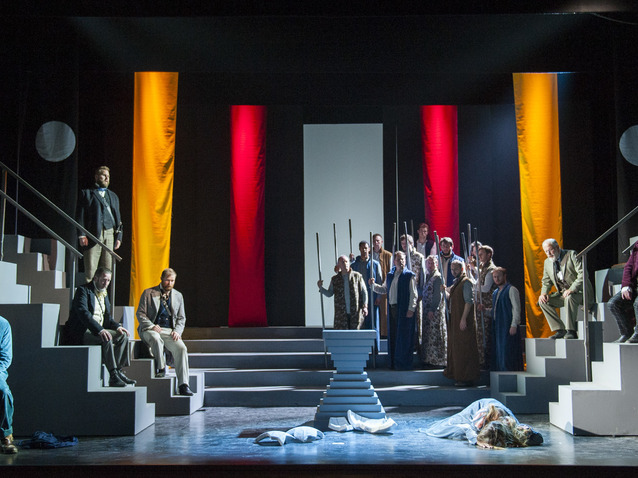 England is well known for the number of familiar small festivals, located in pittoresque estates, in the most beautiful landscapes. This specific symbiosis of nature and art has gained its value for opera lovers. Longborough Opera Festival, as one of those, has built up over the last years a reputation for high quality opera performances in a very personal environment. Leslie and Martin Graham have devoted their time to opera and established a team of very qualified professionals to run this impressive event. Founded in the early 90s of the last century with performances in a simple barn, the current opera house for 500 people was opened in 1999, the stalls being acquired at the renovation of the Royal Opera House Covent Garden. 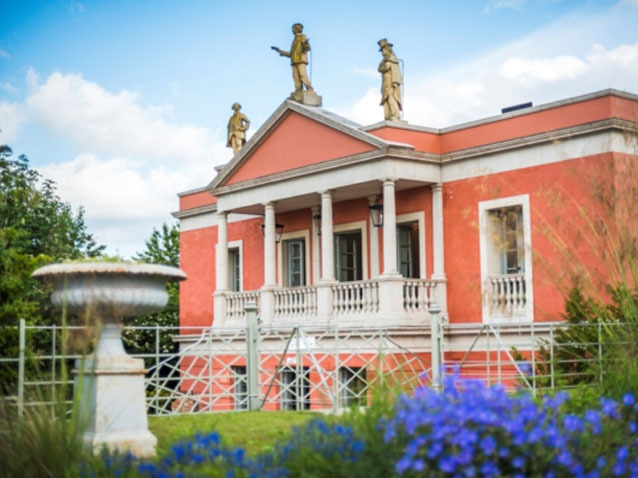 Since the beginning, the works of Richard Wagner has taken a major role, and the festival has achieved strong international interest for its presentation of the Ring cycle in 2013. This years season was opened with a new production of Tannhäuser by Richard Wagner.
Having visited the place for the first time this year, I was very keen to feel the Longborough experience myself. Coming from London by train, it is easy to access and just a short taxi ride from the station passing the lovely little towns of Morton on Marsh and Longborough. The estate resides on a little hill overseeing the charming countryside. The operahouse has a classical red facade with a balcony, greek columns and the statues of Mozart, Wagner and Verdi dominating the entrance. The rest of the building is kept simple. Once inside, you are impressed by the intimate feeling between the stage, the orchestra and the audience. The orchestra comprises 72 musicians, mostly of the City of Birmingham orchestra, who take place underneath the stage. Only a small open space let the orchestra sound feel very dense and arising from the deep.

Anthony Negus has been responsible as artistic director for several years and is a reputable Wagnerian. He lets the orchestra create a warm broad romantic sound. Ritardandi, crescendi and pauses are embedding the dramatic feeling as does the usage of original hunting horns. He succeeded in bringing together an overall very good cast especially well known John Treleaven in the title role, whose voice still remains strong and firm, his German being well understandable. Erika Mädi Jones joins him as Elisabeth with her young fresh soprano which is distinctive and flexible, bright up in the height. Alison Kettlewell as Venus is sharp and puts pressure on her voice. With Hrolfur Saemundsson, we can hear a fine young Wolfram von Eschenbach who carefully provisions his voice up to the end.
The most impressive and touching moments arise in the chorus scenes. 24 voices fill the stage and the whole house like a natural wave of romantic music. The personal feeling is very dense and intensive. All this musical experience is packed in a tasteful direction by Alan Privett and a reduced stage design by Kjell Torriset, enriched by light designer Ben Ormond. The audience is fascinated and rewards everybody with a warm strong applause after an unforgettable evening, bringing the feeling of Wagner's beloved 'Bühnenwerkstatt ' to life again.