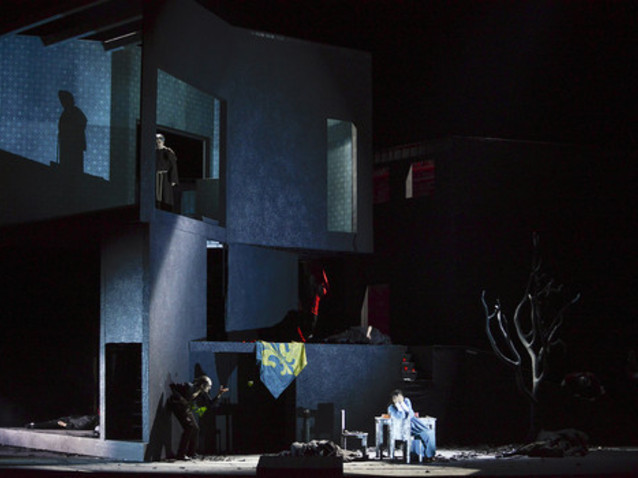 It was a long expected event, being the first Verdi Premiere of the musical director Christian Thielemann. Highly regarded for his Wagner and Strauss Interpretations his admirers in the sold out Semperoper were reluctant to get acquainted with his talent for Italian operas. One could feel the excitement throughout the orchestra and all participants. Sensible, very symphonic and romantic was his conducting of this dramatic dark tragedy of the unlucky giftful genovese doge. As always Thielemann was very attentive to singers, elaborated the pianissimi with unbelievable finesse, soundless pauses were inspiring emotions included.

For this introduction to Verdi, Thielemann has chosen an excellent cast of singers. The Serb bariton Zeljko Lucic has developed to the leading interpreter of Simone Boccanegra. Once more he convincingly showed the personal conflict of Simone's role as father and political leader. His warm and elegant voice is touching. Kwangchul Youn as Fiesco and Markus Marquardt as Paolo are demanding and ruthless counterparts. The young Maria Agresta and Ramon Vargas are the lovely romantic couple in between all fronts. Maria Agresta´s soprano has power and silver colour, remains flexible and fine in its expression. Ramon Vargas is a safe bet as Gabriele Adorno, but lacks expression in his play.

The direction of this new production was in the hand of the young german Jan Philipp Gloger. After his Bayreuth Fliegender Holländer, this is the second production together with Christian Thielemann. He tries to show all impacts of the story, especially the past of the different characters on stage. So we see the suicide of Maria, Fiesco's daughter and Simone's love affair, mother of Amelia, Maria's nunny, Gabriele Adorno's father, and his death. Everything occurs on the same time making it difficult for the audience to follow. The stage is dominated by a huge turning tower of various seperate open boxes.There is a lot of movement on the stage design and action happening all over with several mass scenes by the choir. Everything is kept dark apart of the big assembly hall of the doge kept in red another symbol of the cruel story.

At the end, there were enthusiastic applauses for Christian Thielemann. the orchestra and the singers. Minor approval hae been demonstrated for the director and his team. 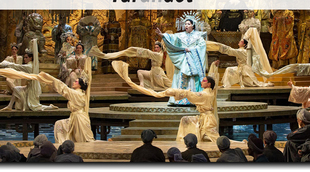