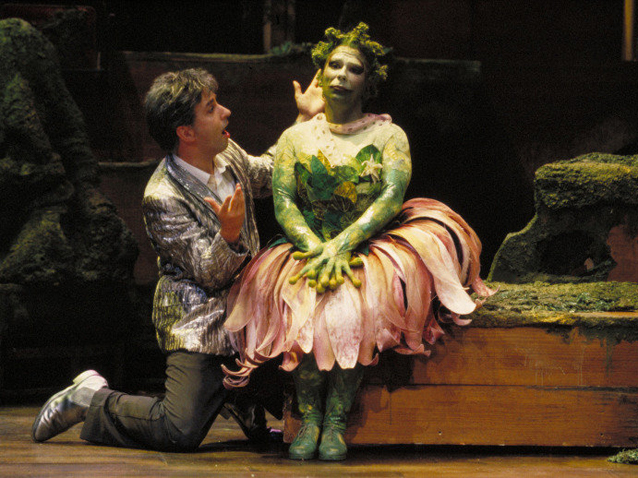 This is not the fable of the Frog and the Ox...the story is much better! Irresistibly ugly, the water nymph Platée is convinced that Jupiter is in love and wants to marry her. This premise is the start of a chain of misunderstandings that gives this comedy by Jean-Philippe Rameau its rhythm, irony and biting wit – even if one ends up feeling sorry for the poor water nymph, who, from scene to scene, goes from failure to humiliation. A jewel of French baroque opera, Platée is considered a ballet buffon. Around the libretto of Valois d'Orville, a comic masterpiece, Rameau's musical inventiveness is omnipresent. Each scene is an iconoclastic mixture of arias, choruses and dances that flesh out an intrigue full of secondary roles and adventures. It is interesting to imagine what it must have been like when this madcap work was presented for the first time at the court of Versailles, for the wedding of Louis, Dauphin of France, to the Infanta Maria Theresa of Spain...

The prologue sets the stage for the action: Thespis, Momus and Thalie announce the subject of the play. It is a comedy mocking the folly of man...and the story of a trap set by Jupiter to cure Juno of her jealousy. The trap? It consists in convincing the water nymph Platée that Jupiter is in love with her. Mercury officially declares Jupiter’s love to Platée. When the god appears before her – first as a donkey, then an owl - the nymph calls on the birds of the marshes, but they scare Jupiter away. Luckily he quickly returns and declares his love for Platée. He even wants to marry her. La Folie comes to sing for the fiancée during an absolutely chaotic scene. However, as the couple prepares for the wedding, Juno arrives. Furious, she puts an end to the farce and ascends to the heavens with Jupiter. Humiliated, Platée understands she has been duped. She swims off into the marshes, as the chorus sings an ironic song in her honour.

A prologue sets the stage for the story. Thespis, the inventor of comedy, is joined by Thalie, Momus and Love. They want to stage an entertainment, a re-enactment of Jupiter’s attempts to cure his wife, Juno, of her jealousy. Jupiter will pretend to love the hideous Platée, queen of the marshes. The show will also be an opportunity to demonstrate the folly of men.

In a pastoral setting, Platée appears, mincing about.

When Citheron appears, Platée tries to seduce him. She believes he is shy...before understanding that her charms are not working. “You are deceitful with me, she says, tell me why?” A chorus of amphibians repeats Platée's "why", croaking like toads on the last syllable...

The trap is set. While Platée weeps, Mercury comes and solemnly announces that Jupiter is hopelessly in love with her. The nymphs dance around Platée, but a storm erupts, sweeping them all away.

Platée is overjoyedat the thought of Jupiter’s love… She calls the birds and sings of her happiness, when finally the god appears before her. Now it is the turn of La Folie to entertain in a show-stopping scene. After stealing Apollo’s lyre, La Folie sings a beautiful aria, exciting all the madmen, who dance around her. Preparations for Jupiter and Platée's wedding are in full swing !

As the wedding approaches, various delegations arrive, hinting at the grotesque pomp of the upcoming event. As the entertainment continues, Platée languishes in her wedding dress. Then Juno appears and puts an end to the farce.She rises to the heavens with Jupiter, leaving behind the humiliated nymph. Mocked by all, Platée promises to get revenge and unleash her wrath from her cave. Then she jumps into the marsh, leaving the chorus to sing an ironic song in her honour. 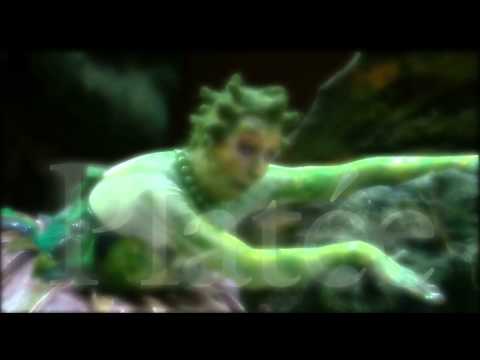 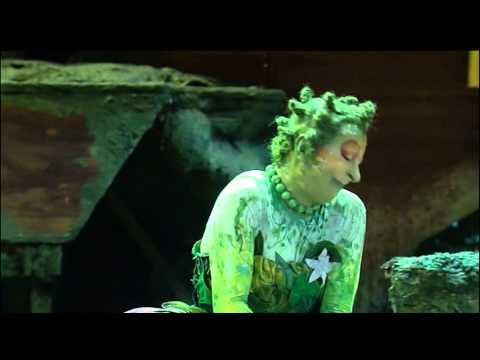