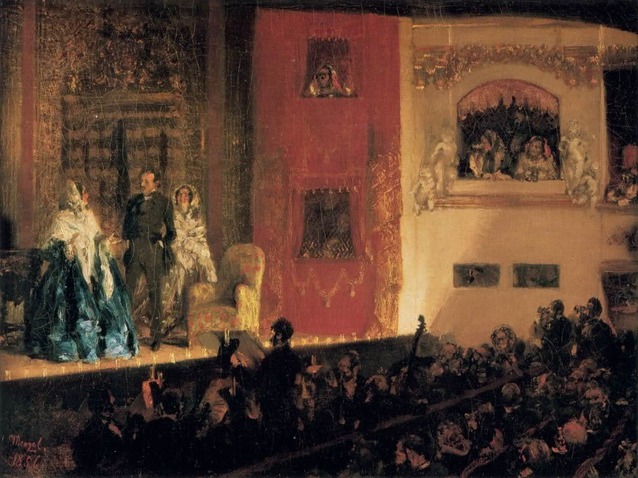 Stendhal probably came up with the best description of L’italiana in Algeri: “total organised madness”. Indeed, from the first to the last notes, Giacchino Rossini plays the role of a madcap master of ceremonies, offering one of his zaniest comedies. L’italiana in Algeri is a surreal farce where Italian dramma giocoso mixes with Dadaism and the manic energy of the two acts suggests the films of Chaplin or Buster Keaton. The concert of onomatopoeia (ding-ding, tac-tac, croa-croa, boom-boom) that erupts in the finale of the first act like a hurricane is unique in the history of opera.  But there are also the tender arias of Isabella and Lindoro and even some symbols of patriotism that did not fail to rouse Venetian audiences of the day. Elsewhere, opera buffa dominates, with an overture that offers a glimpse of the chattering that awaits. Another interesting detail, and an important one at that: Rossini composed the opera in just three weeks.

Mustafà, the Bey of Algiers, has grown tired of his wife Elvira and wants to marry her off to his slave Lindoro. However, the latter has only one idea in mind: flee the harem and head for Italy, where is fiancée Isabella is waiting for him. But the Italian beauty has travelled to Algiers, where her ship is forced to land after a storm. Isabella is not a submissive woman. In the wink of an eye she casts a spell on Mustafà and manipulates him to do her bidding - their encounter is priceless. Accompanied by Taddeo, her laughable would-be lover, who she passes off as her uncle, Isabella has only one thing in mind: rescue Lindoro and escape to Italy. Leading Mustafà to believe he has conquered her heart, Isabella fools him, pretending to honour him as her pappataci (silent eater). By rousing the patriotism of the Italian sailors, and getting the Bey’s guards drunk, she manages to escape from Algiers with Lindoro. Mustafà promises to remain faithful to his wife and never go chasing after Italian girls again!

Mustafà, the Bey of Algiers, has grown tired of his wife Elvira and wishes to marry her off to Lindoro, his Italian slave. The latter longs for his true love, Isabella, who has remained behind in Italy.

When a storm forces a ship to land at Algiers, Isabella, who is among the passengers, makes a grand entrance. She passes her travelling companion, Taddeo, off as her uncle and although she is upset at first, she intends to take control of her new situation – notably by manipulating the men around her.

Isabella is overjoyed to find Lindoro, who is being held in Mustafà's harem. Mustafà is infatuated with Isabella, who starts to cleverly manipulate him. So the Bey wants her for his wife? Let him keep Elvira…and offer her his slave Lindoro! The mix up is complete.

While the Bey of Algiers dubs Taddeo "Lord Kaimakan", Isabella decides to name Mustafà her adored "pappataci" - or “silent eater”.After planning her escape with Lindoro, the Italian beauty tenderly evokes the man she loves.

The lovers’ departure is imminent.As Isabella appeals to the Italian sailors’ patriotism, she gets Mustafà drunk. However, he eventually realises he has been duped and his slaves are escaping.The Bey accepts his defeat and begs his wife for forgiveness. He gives Isabella and Lindoro his blessing. No more Italian girls for him, he swears. 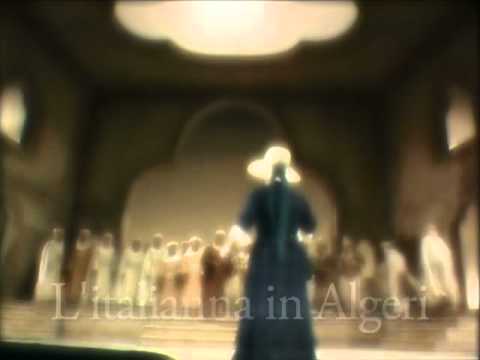 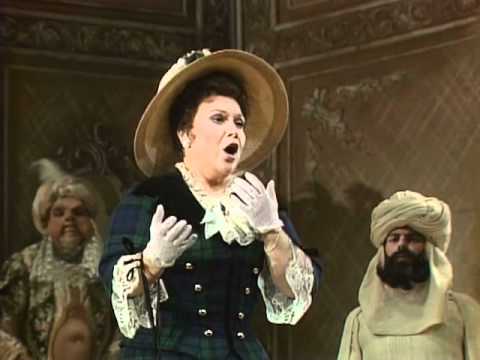