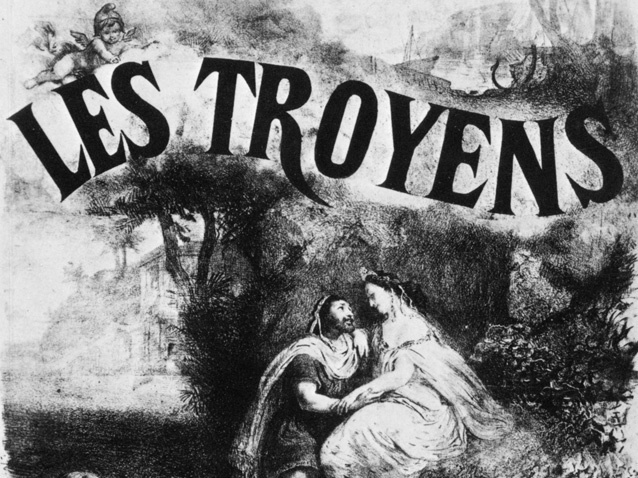 Five acts, nine scenes, an omnipresent chorus, a plethora of roles, a monumental orchestra… Hector Berlioz, acting as a demiurge, has created his own version of Virgil's epic poem The Aeneid. For a long time Les Troyens was considered a musical behemoth and was divided into two distinct evenings (Les Troyens à Carthage and La Prise de Troie). It illustrates the wild ambitions of the French composer, who produced a historical tableau commensurate with his genius. The work is based on an idea that haunted him from his early childhood and of which he would say after its completion: “I have spent half my life among the demigods; I figure they knew me as much as I know them.” At times epic, poetic and intrepid, full of brio and supported by a keen sense of tragedy, Les Troyens forms a flamboyant ensemble. One is taken in by the pomp of its marches, its bellicose scenes, the prophetic curses of Cassandra and Dido and perhaps, as well, the headiness of one of the most beautiful love duets in the repertoire.

The story takes place in the ancient city of Troy. Cassandra foresees a threat to her people. Despite the fact the Greeks have retreated, she predicts the imminent fall of the city. In fact, the Greeks have surreptitiously entered the city inside a wooden horse left behind as a gift. As they ransack the city, Cassandra and the women of Troy prefer to commit mass suicide rather than surrender to the Greeks. Prince Aeneas manages to flee Troy with his fleet and sets sail for Italy. However, a violent storm causes him to land at Carthage, a city founded and governed by Queen Dido. The latter falls in love with Aeneas and accepts his help in fighting off the Numidians. Aeneas repels the enemy from Carthage and wins the heart of Dido as well. But their love has no future. Aeneas must obey the gods and found a new city of Troy. He leaves Dido who threatens him at first, but then is overwhelmed with despair. The Queen of Carthage kills herself, after predicting the fall of her realm.

The Greeks have retreated from Troy, leaving an enormous wooden horse as a gift… Cassandra foresees the fall of Troy. Her fiancé, Coroebus, cannot assuage her fears.

While the ghost of Hector warns Aeneas to flee to Italy, the horse is brought into the city and the soldiers hidden inside stream out. A battle ensues and Troy falls, engulfed in flames. Surrounded by the women of Troy, who prefer to die rather than surrender to the Greeks, Cassandra stabs herself to death, after foreseeing the triumph of Aeneas.

Aeneas has arrived in Carthage, ruled by Queen Dido. Dido is immediately attracted to the young warrior, who agrees to have his troops defend Carthage, which is threatened by the Numidians. Aeneas’ victory is celebrated during festivities in which the poet Lopas takes part. Dido and Aeneas go off to be alone and sing a beautiful love duet.

Aeneas has stayed too long and languishes in Carthage.Panthous reminds him the gods will be angry if he does not sail to Italy…and away from Dido’s arms.The Trojan Prince cannot escape his destiny, of which he is now keenly aware. He decides to leave.

Dido begs Aeneas to stay, but the hero’s decision is final. He leaves Carthage and his queen, and sets sail for Italy.Dido is filled with anger and despair. After the Trojans leave, she climbs atop of a sacrificial pyre and stabs herself in the heart, after predicting the destruction of Carthage and the greatness of the future city of Rome. 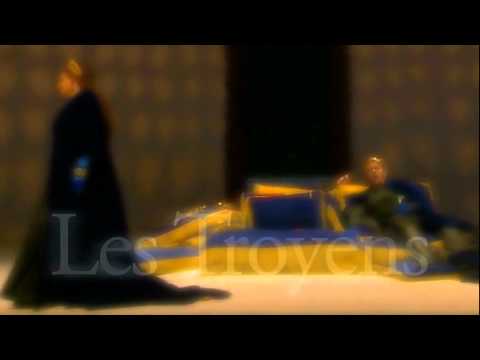 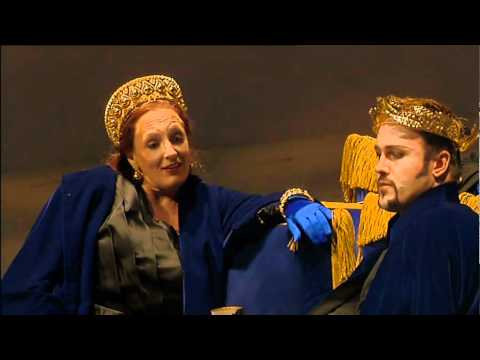 La Rédaction
Published on the 07 of May, 2014
See all columns