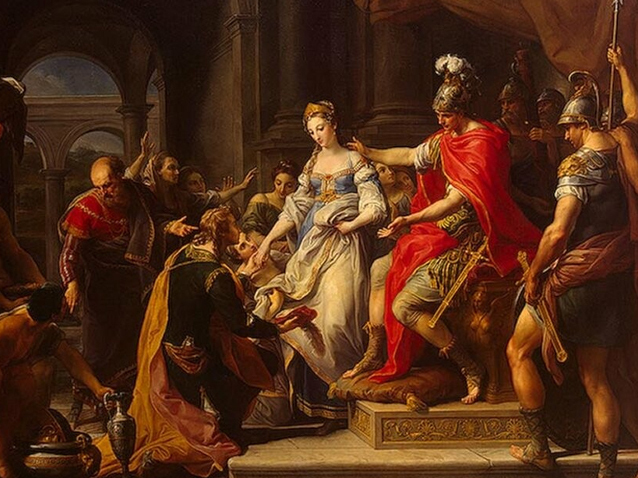 In 1772, Hieronymus Colloredo, the newly appointed archbishop of Salzburg, selected Mozart to write a one-act serenade for his inaugural ceremonies. It is quite likely that this led to the reuse of “Il Sogno di Scipione,” initially composed for Colloredo’s short-lived predecessor. This “theatrical action” is a work of circumstance, written to a libretto by Metastasio, the official court poet in Vienna, intended to pay allegorical homage to the wisdom and virtue of the “great man.” However, there is no record of any official performance ever having been mounted, and its origins are still subject to speculation in the absence of reliable sources. Despite this, the composer’s genius is already apparent in this commissioned work, arranged around a dozen successive musical numbers in which his creative imagination is revealed through the dramatic arias and flamboyant vocalising he assigns to his characters.

Scipio (tenor), the conqueror of Carthage, is sleeping in the palace of King Massinissa. In a dream, in order to get through life he has to choose between Fortuna (soprano), or Fortune, who possesses all the riches of the world, and Constanza (soprano), or Constancy, rich in wisdom and worthy of trust. When he proves unable to choose, Constanza presents to him, in his dream, the happy residents of eternal abodes, where the heroes of the past dwell.  Among these he recognises Publio (tenor), his adoptive father, who teaches him the virtues of a charitable life and reveals to him the soul’s immortality. He discovers his natural father, Emilio (tenor), who describes to him the futility of earthly existence and worry.  Scipio asks to dwell among them. But before he can do that he must complete his mission on earth and fulfil his duties to Rome. Fortuna again presses Scipio to choose and promises him earthly power and success. Constanza offers him strength against adversity. He prefers the latter, provoking wrath and threats from Fortuna. Upon awakening, La Licenza enters and sums up the moral of the dream, praising the dedicatee’s virtues and paying him homage with the final chorus.