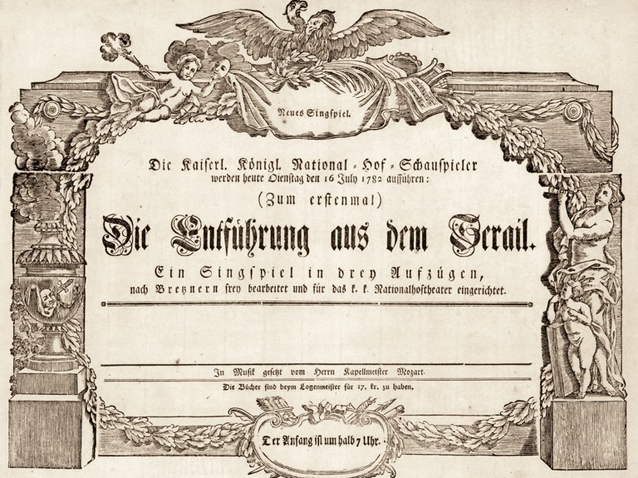 “I believe I see in this work what each man sees as the joyous years of his youth, whose flowering he cannot return to.”That is how Carl Maria von Weber judged the Abduction from the Seraglio, composed by the 25-year-old Mozart already at the pinnacle of his musical maturity.We are immediately struck by the audacity of youth combined with the perfect mastery that produces masterpieces.Right from the overture with its triangles and cymbals, the score carries the listener along with its irresistible joy and the mastery of its effects.The oriental colouring to the music, necessary for the exoticism of this “Turquerie”, gives rise to astonishing modal refinements.The Abductionwas an immediate huge success, in no way tarnished by Emperor Joseph II’s famous comment:“Too many notes for the ears of my Viennese” (to which Mozart is said to have replied proudly:“Not even one too many, Sire!”).  Each character is neatly individualised by the expression of his emotions that are developed through the music.Constance, a role imbued with a majestic poetry characterised by virtuosity, contrasts with the charming vivacity of Blonde, a forerunner of the bubbly Susanna in The Marriage of Figaro.Their cruel persecutor, the ridiculous and irascible Osmin, achieves perfect comic effectiveness. With this singspiel (a musical comedy) raised to the level of an opera, Mozart finally realises his dream of writing a great work in German at a time when he is freeing himself from the protection of his employer, Colloredo, and of his father, by marrying Constance Weber, two weeks after the premiere of The Abduction.Behind its apparent lightness, the work reveals the depth of a musical personality who is turning resolutely towards the fulfilment of his extraordinary creativity.

In a Turkey of pure fantasy, Belmonte, a young Spanish lord, is trying to find his fiancée, Constance, captured by pirates and sold to Pasha Selim.Blonde, the English servant of Constance and her lover Pedrillo, Belmonte’s servant, have suffered the same fate and are subject to the good will of the cruel Osmin, guardian of the seraglio.Belmonte and Pedrillo come up with an abduction plan in order to free Constance, who is resolved to die in order to escape seduction by Pasha Selim, who is eager to win the lovely captive’s heart.After thwarting the mistrust of the suspicious Osmin, as they are fleeing the two couples are caught and promised a certain death when, in a dramatic turn of events, the generous Selim decides to pardon and free them.

Belmonte, a young Spanish nobleman, docks in front of the palace of Pasha Selim who is holding his fiancée, Constance, captured and then sold by pirates along with their servants, Blonde and Pedrillo. Constance has remained faithful to her fiancé despite the pasha’s attempts to seduce her. The cruel Osmin, guardian of the seraglio, is unable to prevent the wily Pedrillo from introducing his master, Belmonte, whom he passes off as an architect, into the palace.

Blonde, Constance’s servant, loves Pedrillo and proudly resists the advances of Osmin, whose slave she has become. Now threatened by Selim, Constance declares that she is ready to face torture in order to remain faithful to the one she loves. Pedrillo implements the two couples’ escape plan by putting the distrustful Osmin to sleep with a sleeping potion dissolved in wine. The four young lovers are joyfully reunited.

At midnight, all is ready for the escape, and Pedrillo gives the signal by singing a love song. But Osmin, awakened and sober, stops the fleeing couples and sadistically imagines the reprisals that await them. Belmonte reveals his true identity to the pasha who recognises that he is the son of his worst enemy. The four young people are lost and preparing for certain death when Selim decides to show his magnanimity by pardoning and freeing them. 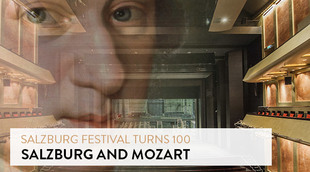 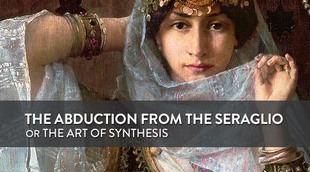 The Abduction from the Seraglio, or the Art of Synthesis

At the age of 24, just freed from his tyrannical employer, Archbishop Colloredo, Mozart set off to win over the Viennese public by realizing his dream of writing a grand opera in German that would rival Italian opera.…