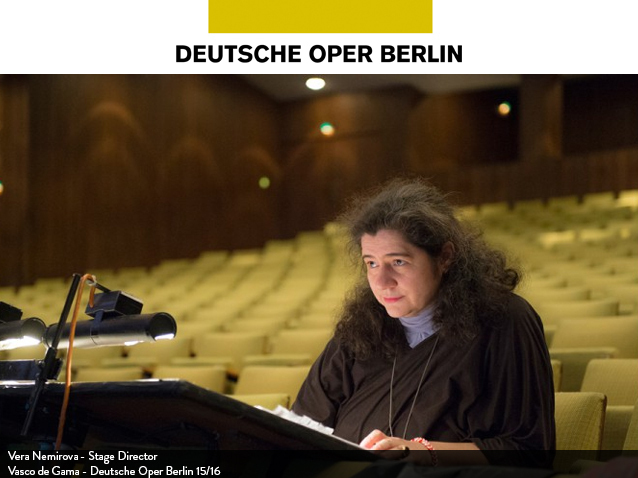 Barely a month separates the premieres of Giacomo Meyerbeer’s last opera VASCO DA GAMA and Wagner’s TRISTAN, yet while TRISTAN was quickly hailed as a ground-breaking work, VASCO was long dismissed as a late example of an art form – grand opéra – that had already had its day. It did not help that the path from idea to completion had been a complex one: following the composer’s death prior to the world premiere, his opus ultimum was aired not only under the misnomer of L’AFRICAINE – referring to an earlier version of the story – but also with a raft of alterations and cuts made to the libretto and music.

It was not until the appearance of the critical edition of the work, first performed only 3 years ago, that VASCO DA GAMA was rehabilitated as a worthy counterpart to the musical dramas of Wagner and Verdi. As he had done in the LES HUGUENOTS, Meyerbeer uses the tools afforded by grand opéra to show individual happiness being dashed on the rocks of social and religious notions. The central character in VASCO is not the Portuguese explorer, who still gets to sing one of opera’s greatest tenor arias, but in fact the Indian Queen Selica. She is the only figure who is not hostile or prejudiced towards people from different countries and religions, and she becomes a victim of her unrequited love for Vasco.

Vera Nemirova directs the new production of VASCO DA GAMA, the first in a cycle of major Meyerbeer operas being staged at the Deutsche Oper Berlin. Nemirova has previously directed Puccini’s THE GIRL OF THE GOLDEN WEST at the Deutsche Oper Berlin and is one of the most accomplished female directors of musical theatre of her generation. The conductor will be Enrique Mazzola, who recently triumphed in the Berliner Philharmonie with his concert performance of Meyerbeer’s DINORAH.