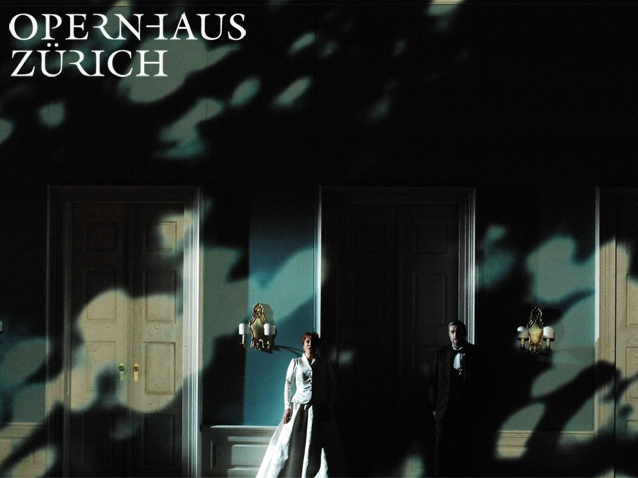 There is a fascinatingly close link between Tristan and Isolde and Richard Wagner’s years in Zurich, or more precisely his relationship with Mathilde Wesendonck, wife of his patron and the muse of this exceptional work, which was to have a lasting influence on musical history. Claus Guth’s enthralling and psychologically sensitive production takes as its point of departure this extramarital passion, which runs contrary to bourgeois morals of the time in which the opera was written. The protagonists move in rooms that could have existed in the Villa Wesendonck. Yet the intimacy that this interpretation derives from Tristan frequently, suddenly turns into the claustrophobic social pressure that makes the lovers outsiders. The only escape for them is death. After their great success at the première, Nina Stemme, one of the most sought-after Wagner performers, and Michelle Breedt can also be heard as Isolde and Brangäne in the revival. With Stephen Gould as Tristan, they will have the support of a further experienced Wagner singer. Matti Salminen as Marke and John Lundgren as Kurwenal complete the first-class cast.