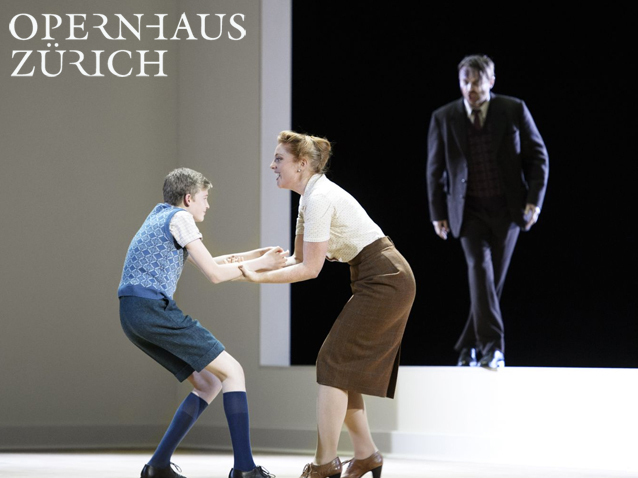 The dramatic spiral of this opera, based on a novella by Henry James, indeed twists its way into increasingly sinister strata of our consciousness. The story begins quite harmlessly: a young governess takes on the upbringing of two orphans in an English country house. Everything seems to be developing well until one night she glimpses a man. She learns from the housekeeper that it must have been an apparition – Peter Quint, a former servant of the master of the house, who in his lifetime exercised great influence over the boy, Miles. However, Miss Jessel, governess at the time, had also fallen under Quint’s spell, and he had ultimately driven her to her death. The governess believes she knows what will happen now: Quint will come to take the children into his possession… Are the events real, or could they merely be the obsessive fantasies of the young governess? Indeed, from which perspective is the story told? Britten’s fifth chamber opera, composed in Venice during the Biennale in 1954, raises many questions. For this reason, we can look forward to director Willy Decker’s point of view; in the course of his career he has frequently explored the works of Benjamin Britten. The young conductor Constantin Trinks is responsible for the musical direction, and the Canadian soprano Layla Claire will be débuting at Zurich Opera in the role of the nameless governess.