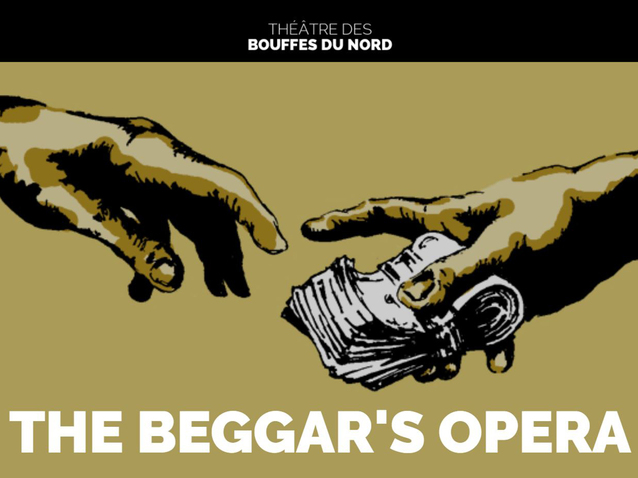 The Beggar's Opera is a ballad opera in three acts written in 1728 by John Gay with music arranged by Johann Christoph Pepusch. It is one of the watershed plays in Augustan drama and is the only example of the once thriving genre of satirical ballad opera to remain popular today. Ballad operas were satiric musical plays that used some of the conventions of opera, but without recitative. The lyrics of the airs in the piece are set to popular broadsheet ballads, opera arias, church hymns and folk tunes of the time.

The Beggar's Opera premiered at the Lincoln's Inn Fields Theatre on 29 January 1728 and ran for 62 consecutive performances, the longest run in theatre history up to that time (after 146 performances of Robert Cambert's Pomone in Paris in 1671). The work became Gay's greatest success and has been played ever since; it has been called "the most popular play of the eighteenth century." In 1920, The Beggar's Opera began an astonishing revival run of 1,463 performances at the Lyric Theatre in Hammersmith, London, which was one of the longest runs in history for any piece of musical theatre at that time.

The piece satirised Italian opera, which had become popular in London. According to The New York Times: "Gay wrote the work more as an anti-opera than an opera, one of its attractions to its 18th-century London public being its lampooning of the Italian opera style and the English public's fascination with it." Instead of the grand music and themes of opera, the work uses familiar tunes and characters that were ordinary people. Some of the songs were by opera composers like Handel, but only the most popular of these were used. The audience could hum along with the music and identify with the characters. The story satirised politics, poverty and injustice, focusing on the theme of corruption at all levels of society. Lavinia Fenton, the first Polly Peachum, became an overnight success. Her pictures were in great demand, verses were written to her and books published about her. After appearing in several comedies, and then in numerous repetitions of The Beggars Opera, she ran away with her married lover, Charles Powlett, 3rd Duke of Bolton.

Elisabeth Hauptmann (with Bertolt Brecht) and Kurt Weill adapted the opera into Die Dreigroschenoper (The Threepenny Opera) in 1928, sticking closely to the original plot and characters but with a new libretto and mostly new music.

More information is available on the official website of the Theatre.