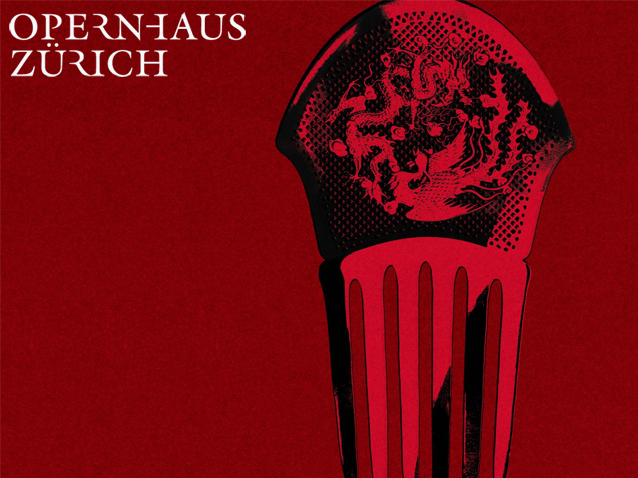 The Red Lantern tells the story of a young woman who is married off into a traditional Chinese family as the fourth and youngest wife and perishes as the result of their backward attitudes. Four wives of different generations live under one roof with their husband, Master Chen, and form a hopelessly catastrophic ménage à cinq. The piece is about female desire and social constraints, dreams, emotional self-determination, domination, envy, jealousy and death. The literary model for the opera stems from the Chinese author Su Tong and became world-famous when the film director Zhang Yimou adapted it for his award-winning cinema classic, Red Lantern, in 1991.
The work was written by the German composer Christian Jost, one of the most sought-after composers of our time. Jost, who lives in Berlin, has already written seven works for musical theatre, including pieces for the Komische Oper in Berlin and the Vlaamse Opera in Antwerp. Critics voted his opera Hamlet “Première of the Year” in 2009. Jost, who approaches a Far Eastern subject with the musical resources of a western composer, is interested in the somnambulant atmosphere, the menacingly fluctuating logic of dreams and the fragile, mysterious characters of Red Lantern.
Internationally renowned singers who are highly versed in modern music, such as the soprano Marlis Petersen and the baritone Rod Gilfry, can be heard in key roles. French conductor Alain Altinoglu, who gave his highly regarded début at Zurich Opera House conducting The Flying Dutchman in the 2012/13 season, will be at the rostrum. The piece will be staged by the young German director Nadja Loschky.