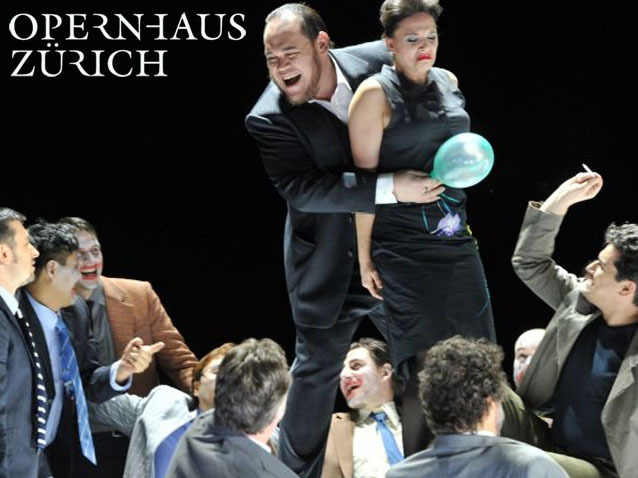 When Giuseppe Verdi wrote his Rigoletto, the censors were immediately onto him: for 1850, Victor Hugo’s play Le Roi s’amuse (The King amuses himself) was an extremely socio-critical, politically controversial choice of subject matter for a new opera. The Duke of Mantua’s court is the setting for glittering parties, but the society that amuses itself there is morally bankrupt. It has no values. At this court, having fun means humiliating and degrading others. And the court jester, Rigoletto, is the most cynical of all. His daughter Gilda is the only person he wants to protect from this corrupt world. He locks her away, but the young woman nonetheless chooses her own path. Her longing for freedom and self-determination is greater than the oppressive authority of her father. Her faith in love remains unshakeable, despite all society’s hypocrisy. This season will also see Tatjana Gürbaca’s gripping production, which has been one of Zurich’s most successful in recent years. The American baritone Quinn Kelsey was the great discovery at the première three years ago. At last, he can now be heard as Rigoletto in Zurich again. Michael Fabiano will be singing the Duke, while Gilda will be performed by Rosa Feola. And Antonello Allemandi, a excellent conductor of Verdi, will be at the rostrum.