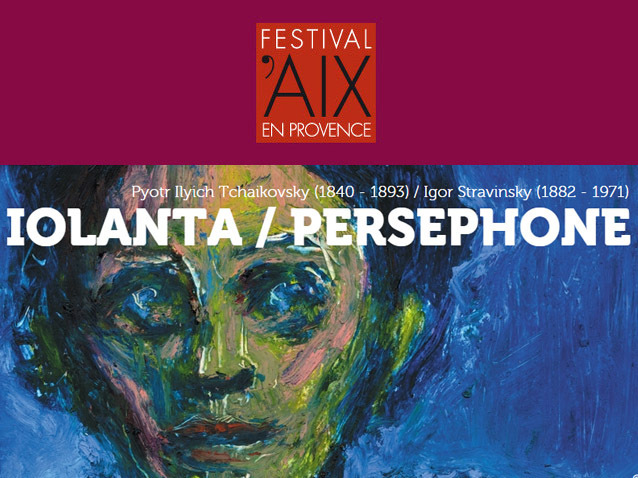 Coproduction with the Teatro Real Madrid (2012)

With Iolanta in first part

Between Iolanta and Persephone, between Tchaikovsky’s tormented soul and Stravinsky’s shrewd virtuosity, there is a secret kinship. That is Peter Sellar’s intuition at least, who will be directing both plays for a double-bill performance. Tchaikovsky’s single act opera, with its poignant shimmering music, tells the story of King René’s blind daughter who is held secluded, far away from the world of men, and how she is eventually cured by the love a young knight. Stravinsky’s melodrama, based on a text by André Gide, dramatises how Demeter’s daughter is confronted with despair in Hades’ underworld until she discovers compassion. After the stylised and grand tableaux that he conceived for Romantic opera, Peter Sellars has created a production unlike any other, where Cambodian dancers will perform, eliciting both trance and revelation.