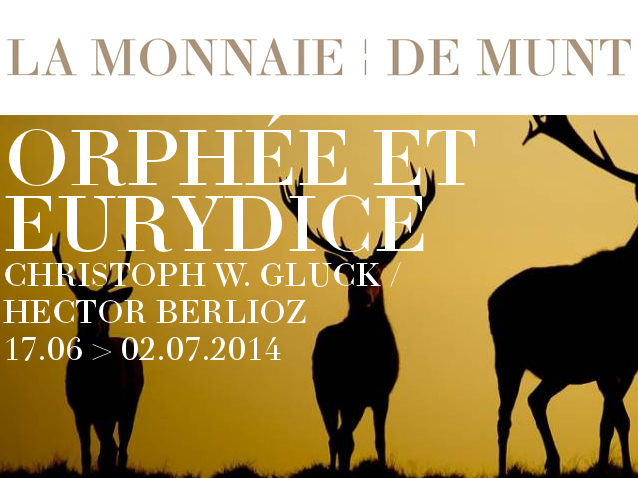 After the success of his Parsifal, Romeo Castellucci is returning to Brussels with an ambitious project, initiated by La Monnaie, which he will be staging in two European capitals.

In fact, he is going to offer us a double reflection on love and death based on Christoph Willibald Gluck’s masterpiece, first in Vienna during the month of May, opening the Wiener Festwochen, and then in our theatre in June. He will present Orfeo ed Euridice, the Viennese version of 1762, in Italian in Vienna, to be followed by Hector Berlioz’s 1859 version, in French, Orphée et Eurydice, on the stage of La Monnaie.

One project, that will be spread over two productions, with two casts, two orchestras and two conductors. With Orfeo ed Euridice B’Rock will prove its talent on the Austrian stage. In Brussels, Hervé Niquet will make his debut conducting our orchestra and Stéphanie d’Oustrac and Sabine Devieilhe will play the title roles.

The myth of Orpheus and Eurydice tells of the impossible return to the land of the living by a woman who has been mortally wounded. The poet-musician Orpheus’s eventful journey in the world of shadows, searching for the one he loves and cannot let go, takes him to the Elysian Fields. This is an unexpected place of peaceful, composed of countryside and those in its thrall. It is here that Eurydice is now installed. During his journey Orpheus is thus introduced to a surprising reality: an enclave, a protected place, both near and yet inaccessible, disturbing, between life and death.

With this original work in two parts, in Vienna as well as in Brussels, he sets out to explore poetically and scientifically one of the last unknown continents, the human brain, with the extraordinary music of Gluck as a guide.