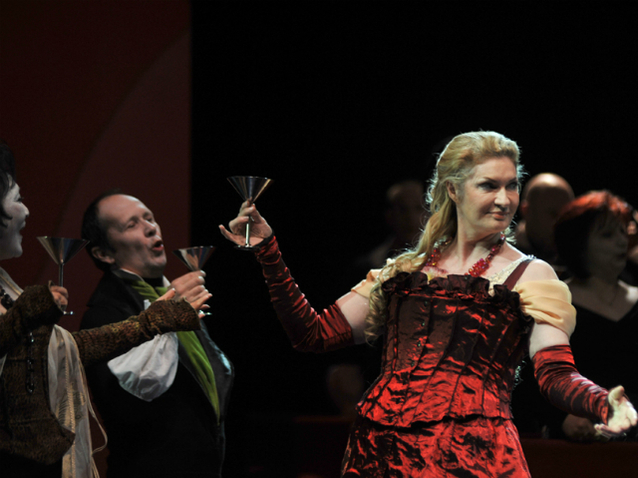 Directly inspired by the famous account published in the 18th century by the abbot Prévost, Massenet transforms Manon into a veritable legend and the work remains one of the most popular of the French repertoire. This literary era that attracted Massenet and his librettists, who were steeped at the time in the fashion of crinolines and "fêtes galantes", intersects with the 19th-century evocation of taboos and fantasies. Manon, a "woman-child" who is at once innocently naive and monstrously manipulative, revives the notion that, in the 18th century, a liberated woman like Carmen or Violetta violates the laws of society and necessarily must face a tragic end...

More information is available on the operahaouse's official website