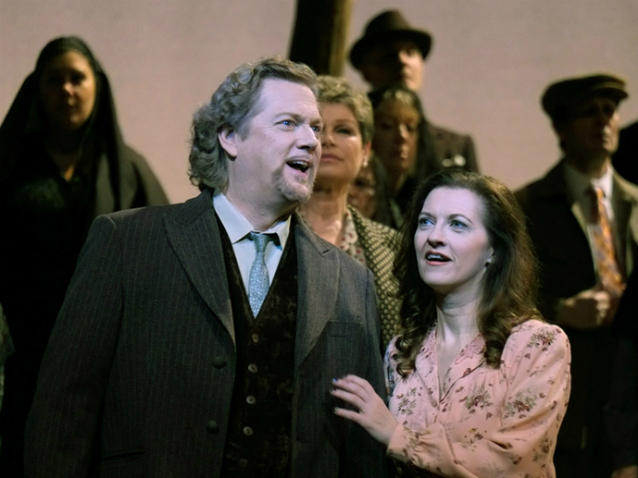 Patrizia Ciofi, who sings in the likes of Paris, Vienna, and La Scala, will play the role for the first time. At her side, Nicola Alaimo, himself no stranger to great international stages such as the Metropolitan Opera, will ally power and flexibility, vocal beauty and dramatic intuition, and will be a benevolent Miller. A newcomer to Liège, and an important one at that, Gregory Kunde, whose exceptional interpretation of Otello in Venice and Valence received unanimous critical acclaim, will make his début in the role of Rodolfo. Massimo Zanetti, one of the most sought-after conductors in the operatic and symphonic field alike, is above all a specialist in the repertoire of the 19th century and of Verdi in particular.