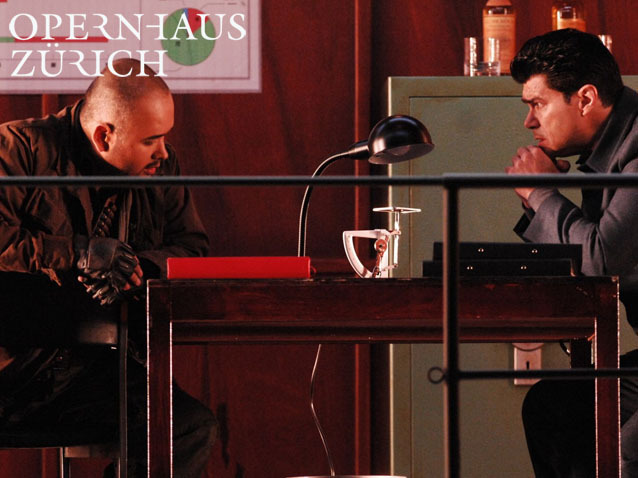 Georges Bizet’s opera Les Pêcheurs de perles is a pearl in the true sense of the word. Although certain numbers from this opera have become popular, such as Nadir and Zurga’s famous friendship duet or Nadir’s romance, the work is still rarely performed as a whole – unjustly, for Bizet was already at the height of his creative powers at the early age of 24. With deep sympathy, he employs a musical language that explores the protagonists’ emotional hardships and thrills audiences with his rousing fishermen’s choruses. The fateful love triangle is set in the dangerous milieu of pearl fishery: years later, the friends Nadir and Zurga encounter their childhood sweetheart Léïla, who now gives the fishermen strength as a priestess and is bound by an old vow…In Jens-Daniel Herzog’s acclaimed production, Rosa Feola can be heard at Zurich Opera House as Léïla, Frédéric Antoun as Nadir and Etienne Dupuis as Zurga for the first time.