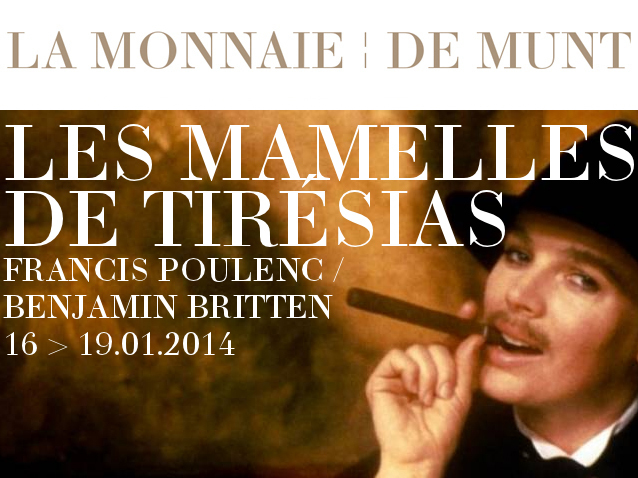 Les Mamelles de Tirésias, Francis Poulenc’s first opera, was composed during the Second World War and was based on a surrealist play of the same name by Guillaume Apollinaire. The musical world of this opera is irresistible, referencing as it does not only music hall but also the composers of the time such as Chabrier and Satie. Right from the start of the opera the Theatre Director sets the tone: ‘Audience, wait patiently, I am bringing you a play whose goal is to reform your morals’. Thérèse/Tirésias changes sex in order to acquire power in a world of men and to make a stand against society. The musical arrangement, by Emily Hindrichs, is based on an outline by Benjamin Britten to adapt the orchestral score for two pianos, mooted in 1958. By mixing dance and singing, the director Ted Huffman, together with some very promising young singers, reveals the poetic madness of this work.