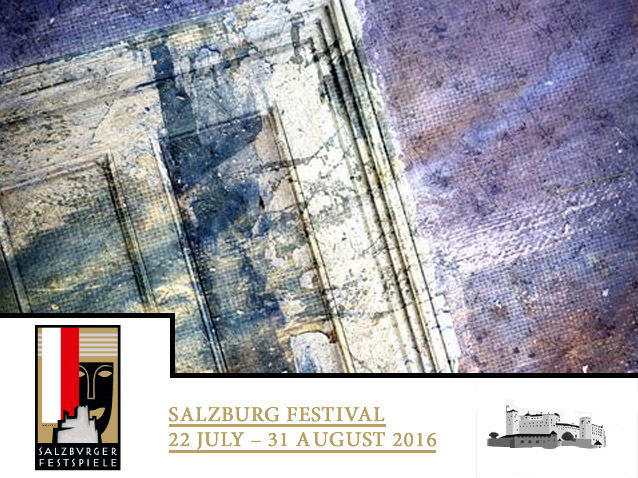 Le nozze di Figaro was premiered in Salzburg in the summer of 2015. One could almost say premiered again – because Figaro is one of the most performed operas in the history of the Festival. My own view is that this is unlikely to change in the decades to come because – even setting aside the work’s enduring fascination unbroken throughout its two hundred year history – in one’s own life one never tires of hearing, seeing and thinking about Figaro and one’s attempts to interpret it are never-ending.

The relationship between a work and its interpreters resembles that between flies and a window sill. Today’s triumphant victors will be lying belly up tomorrow on top of their predecessors. Our problem is reconciling the tension between two conflicting obligations: to understand the intentions of the work’s creators as much as possible on the one hand and on the other to the natural and both unavoidable and irresistible subjectivity and authority we possess as re-creators. This contradiction cannot be dodged with a lazy compromise. Anyone sacrificing the autonomy of the work in favour of their own interpretation must have good reasons.

When we consider the amalgam of forces which lead to a work being formed, and investigate the conscious and unconscious influences and intentions behind it, we cannot avoid confronting these with our own limitations, opinions and intentions. A lot of what we call understanding but could more accurately be described as ‘interpretation’ lies in this movement – outward towards the other and back inward to oneself. In this we are necessarily aware of the difference between our own intellectual journey and the existence in fact of the work which others created.

Our attachment to those whose legacy we are attempting to establish in order to determine our own position is like navigators consulting the stars. The purest intentions can often lead to error and subjectivity.

If we deliberately employ the opposite strategy, clutching the artist and his work to ourselves in a tight embrace, we rob him of the ability to be a beacon or a landmark on what is already a rather dark journey. Or to put it another way: if we ascribe – at least hypothetically – eternal qualities to a work, we are the ones who are interpreted by it. If, however, we regard this work of others simply as material, we are downgrading it to an instrument of our own will. It loses its own face preserved through the ages and stares back at us with our own nondescript features.

The living may perhaps defend themselves against the unwarranted intrusions of their interpreters, but the dead are unable to do this.

What enables us to engage with these works is not our own qualities but those of the works themselves. And that task is not one which we fulfil for whoever is in charge of the theatre but for an ultimately ideal and to a certain extent abstract audience which asserts its right to evaluate what has gone before.

However, what has gone before also claims the right to exist in the present.

I imagine creative artists having an eternal ‘us’ in mind at a time when they themselves were still ‘we’. And preserving and reproducing, renewing and reviving their work for times which have since changed is a task to be taken seriously. Who we are is something those who used to be can tell us.

With these thoughts in mind, I set out together with the singers to approach Figaro. We questioned the characters carefully, attempted to untangle the knotted intrigues of the plot and were honest and earnest in our efforts to fathom the story which the piece wishes to tell.

This earnestness, which permitted nothing purely for the sake of comedy or effect, allowed us by the end of rehearsal to put an extremely funny comedy on stage.

The piece is not unjustly categorized as an opera buffa. However, its political and psychological ambivalences and implications were also clear to see. The degree of warmth with which the audience responded to our efforts was exceptional and we ourselves, the entire Figaro company, have rarely been involved in such a joyous production. We hope that we will be able to recreate this joy once again and share it with you this coming summer.