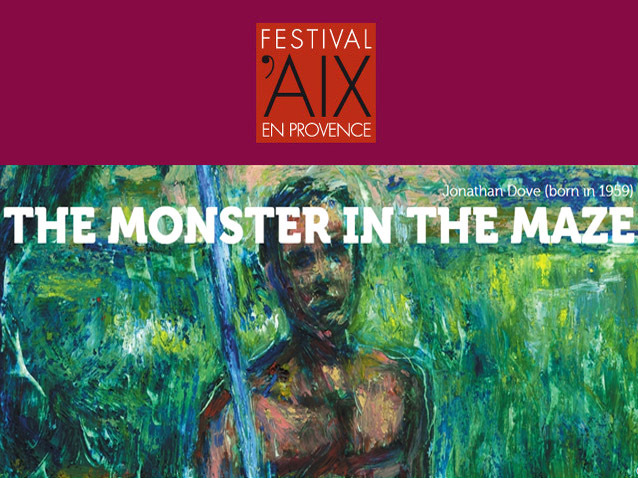 Commissioned by the Festival d'Aix-en-Provence, the Berliner Philharmoniker and the London Symphony Orchestra

The King of Crete has defeated Greece. He imposes a terrible tribute on the vanquished population: each year the city of Athens has to send young men who will be thrown into Dedalus’s labyrinth and eventually be devoured by the beast locked up in it, the notorious minotaur, half-man, half-bull. Appropriating this epic drama, British composer Jonathan Dove has written an opera for the young and the old, interpreted by a handful of soloists, a youth orchestra that will be trained with the help of the London Symphony Orchestra musicians, and 300 amateur choristers from the region of Aix, including children, teenagers and adults. Conducted by Sir Simon Rattle, all embark on an adventure which promises to breathe much life and spirit into this great mythological saga. A pedagogical project par excellence, this performance will be the culmination of a series of workshops for amateur choristers, organised throughout the year by the Festival’s Passerelles department.

The Monster in the maze