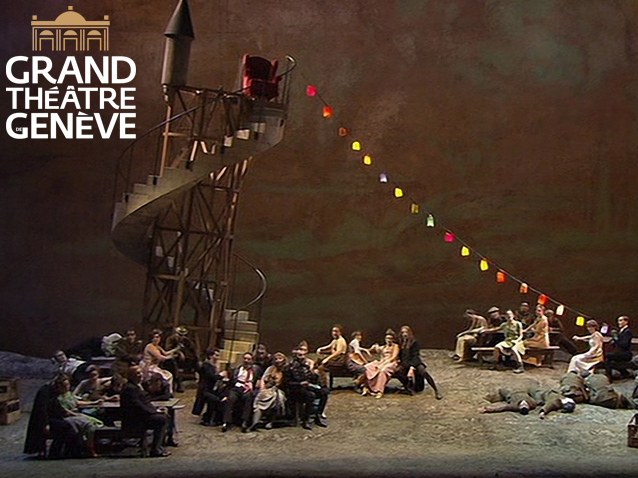 “One couldn’t dream of a more hilarious assault on military vainglory, with all its plumes and braids and paraphernalia.” La Grande-Duchesse de Gérolstein discharges the full satirical fire-power of Jacques Offenbach’s comic operas on the world of warmongering. In the imaginary Grand Duchy of Gerolstein, plots are hatched, strategies developed and wars are even simulated to satisfy the whims of the Grand Duchess, who is besotted with the manly young soldier Fritz, who unfortunately only has eyes for his fiancée Wanda. With a premiere during the Paris Exhibition of 1867, in the presence of French Emperor Napoleon III, the Prussian King (soon to be Kaiser) Wilhelm and many other royal and political personalities in Paris for the event, La Grande-Duchesse du Gérolstein played to full house after full house, leaving the audience in stitches. With a drum roll and the boom of canons echoing General Boum’s bombastics, Offenbach’s beloved operetta is a fitting conclusion to a year of lyric victories!