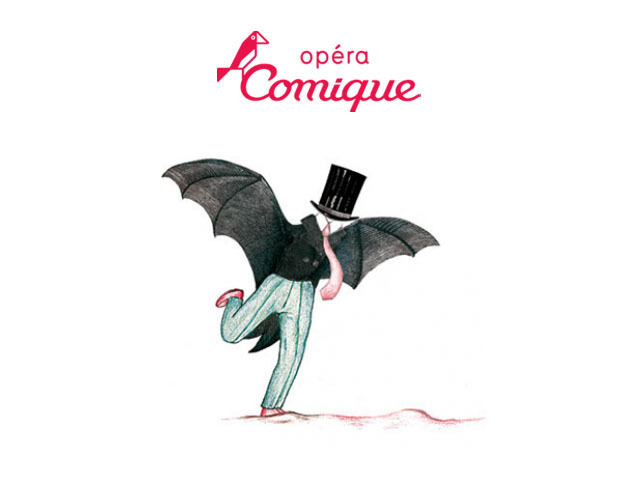 The year 2014 will end at the Opéra Comique with Viennese operetta in all its glory – and in a production emphasizing what it owes to French culture: its spirit, launched in the capital of the Habsburgs by Offenbach in person; its sources, borrowed from the flourishing Parisian vaudeville.

In his summer house near Vienna, Prince Orlofsky orchestrates a masked ball through which Falke will take revenge on his friend Eisenstein, who has legal troubles. During the feast all the actors of society are taken away in a whirlwind of plots and lies – but does not one have to be somewhat of a forger to take advantage of existence?

Strauss’s masterpiece will be performed in French thanks to research on the sources by Marc Minkowski, Ivan Alexandre and Pascal Paul-Harang. More Viennese and wilder than ever, our Chauve-Souris will combine musical inspiration and the insolence of a very modern satire.