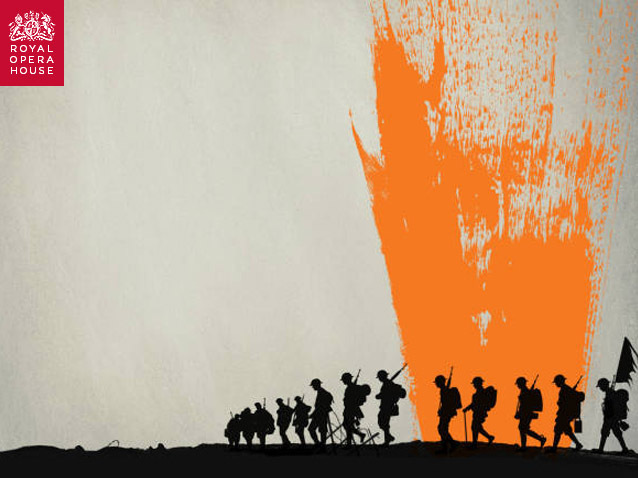 In celebration of the company’s 70th anniversary, Welsh National Opera presents a new opera from the acclaimed young British composer Iain Bell. In Parenthesis is Bell’s third opera, after The Harlot’s Progress with Peter Ackroyd for Theater an der Wien in 2013 and the ‘brilliant’ (Financial Times) one-man chamber opera A Christmas Carol with Simon Callow for Houston Grand Opera in 2014. For In Parenthesis, David Antrobus and Emma Jenkins prepare the libretto from Welsh poet David Jones’s masterful epic poem, as part of the continued commemorations of World War I.

Jones was known primarily as an engraver and painter until the publication of In Parenthesis in 1937. This lyrical epic poem, rich with allusions to the history of Welsh and English literature, marked Jones as one of the leading Welsh modernist poets of the time. Inspired by Jones’s own experiences as an infantryman during World War I, the poem describes the embarkation of Private John Ball and his comrades for France. Jones creates a strong sense both of place and the soldiers’ camaraderie, before ending in mystical fantasy. The opera’s premiere marks the centenary of the Battle of the Somme.

The Queen of the Woods