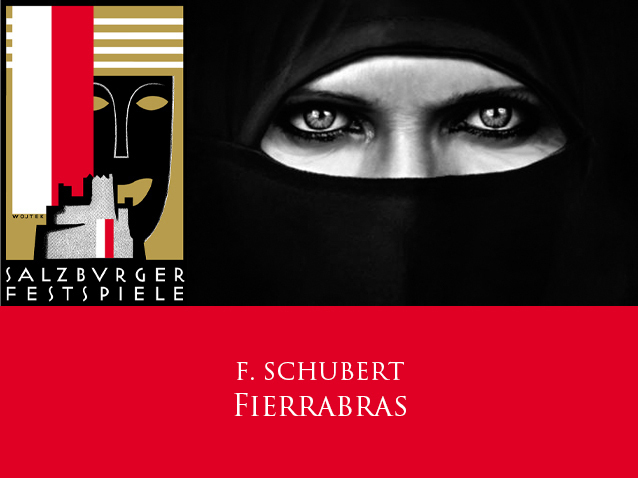 In the early years of the nineteenth century it was still the world of opera that offered a composer the best opportunity to reach out to the widest possible audience and to find the quickest route to fame and fortune. As a young man, Franz Schubert, too, harboured operatic ambitions, an aim in which he was encouraged by his teacher Antonio Salieri, but in the event it proved to be the start of a long and hapless chapter in his career. Of the eleven stage works that he completed, the majority were singspiels, and only three were actually staged in his lifetime. One reason for this low percentage is that most were written without a specific commission: as his contemporary, Josef von Spaun, noted, Schubert wrote them ‘because he felt the urge to compose them and because applause and money were never a stimulus for him to live for his art’. In the case of his most important work for the theatre, Fierrabras, there were, conversely, grounds for hope, for the libretto was the work of Josef Kupelwieser, the influential secretary of the Theater am Kärntnertor, who was keen to promote German-language operas, while the subject matter was drawn from the then fashionable world of the chivalric romance. In the circumstances, the failure of Weber’s ‘heroic-romantic opera’ Euryanthe at the Kärntnertortheater in October 1823 was bound to come as an unpleasant surprise and persuade the theatre’s director to abandon his plans to stage the newly completed Fierrabras at the beginning of 1824. The Viennese preferred to flock to Rossini’s operas, and it was not until 1897 that the work was first staged.

The libretto combines two episodes from the cycle of legends associated with the Frankish leader Charlemagne and is set against the background of the skirmishes between Christians and Muslims. One strand in the plot has its roots in Fierabras, an early French chanson de geste whose princely hero is a Moorish giant who, captured by the Franks, converts to Christianity, while his sister falls in love with a Frankish knight who is held prisoner by the Moors. She helps him and his comrades to escape. A German-language version of this chanson de geste, together with a translation of Calderón’s dramatic adaptation of it, La puente de Mantible, became accessible to German readers in the early years of the nineteenth century. To these sources Kupelwieser added the legend of Eginhard and Emma, with the result that Fierrabras features two sets of lovers. Charlemagne’s daughter Emma and the impoverished knight Eginhard keep their love a secret as they are afraid that the king will disapprove of his daughter’s union with a man whose social standing is unbefitting of her own. Conversely, political barriers separate the Moorish princess Florinda and the Frankish knight Roland, whose love had burgeoned in Rome during a period of peace between the two countries. As the leader of a party of Frankish envoys, Roland comes to the court of the Moorish prince Boland, where he is reunited with his lover. When Boland imprisons the envoys, Florinda proves willing to abandon her father, her homeland, her honour and her faith in order to rescue Roland: ‘Neither fatherland nor even the bonds of blood can affright me; for him I defy death and will face even shame!’ In her rebellious passion Florinda resembles Leonore in Beethoven’s Fidelio. As such, she is the antithesis of Emma, who, more in thrall to paternal authority, is much more powerfully indebted to the stereotype of Biedermeier passivity.

As for Fierrabras, he is introduced to us right from the outset as a prisoner, thus setting him apart from the character familiar from the surviving sources. But not only is he defeated militarily, he is also worsted as a lover when he discovers the woman he worships in the arms of his rival Eginhard. Yet he exercises restraint, not to say self-denial, by covering up for Eginhard and going to prison in his place – in doing so he is motivated by his friendship for Eginhard. His willingness to sacrifice his own happiness to that of another may nowadays seem disconcerting. At the end of the opera Fierrabras asks that as his reward he may be accepted into the ranks of the Frankish knights. His wish is more understandable when we recall the unaccompanied chorus for the knights who have been condemned to die, a particularly moving passage in Act Two that indicates the importance that Schubert attached to the bonds of solidarity and friendship.

Above and beyond all ethnic, religious and political differences, the young protagonists are bound together by the ties of love and friendship as well as by a feeling of mutual responsibility and by the willingness to regard what is ‘foreign’ as something that goes beyond all sense of collective identity. In consequence they inevitably come into conflict with their fathers, who are at pains to secure their own power and who basically regard tolerance as a threat. Even Charlemagne, who is a generous bringer of peace, makes a clear connection between this peace and his demand that the Moors should ‘share our true faith with us’.

Conflicts with an older generation and with antiquated power structures, together with the love that defies all outward barriers and, finally, the notion that a group of friends may constitute the individual’s true home: these are all themes that touched Schubert on the very deepest level of his being. And the fears and the longings, the hope and despair of his characters were more than capable of inspiring him as a musician. Time and again the music of Fierrabras is concentrated in tableaux that strike an uncommonly suggestive note, illustrating the inner lives of the characters and conjuring up the emotional atmosphere of the situation by seeming to place it beneath a magnifying glass and exploring the whole gamut of emotions from lyrical inwardness and calm to the most extreme dramatic agitation.