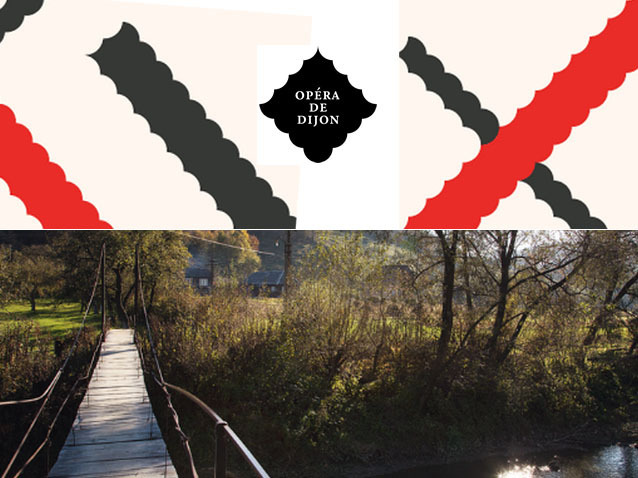 The first of three church parables that Britten wrote for the Orford Church in Suffolk between 1964 and 1968, Curlew River has progressively imposed itself on international stages. The mysterious allegorical subject was inspired by a performance of a 16th century Noh play the composer saw during a trip to Japan in 1956. The adaptation was entrusted to the South-African poet William Plomer, who transposed the action to Suffolk, giving it the form of a medieval mystery. An Abbot introduces the mystery to the faithful, which the monks will perform for them: a group of pilgrims arrive at the banks of the Curlew River, which separates the Kingdoms of the East and the West, and while they prepare to cross the river, they hear a plaintive song. It is the Madwoman, who has come from the Black Mountains in search of her kidnapped son, and who embarks with them. During the crossing, the Ferryman explains that the previous year, a pagan from the North had crossed the river with a dying child he claimed to be his slave. Abandoned on the other side of the river, the child expires with the words "Kyrie Eleison", and ever since, numerous miracles have occurred on his tomb. The Madwoman understands that this is her son, and she breaks into tears, while all pray at the tomb of the child, whose ghost appears singing. Before joining the Kingdom of the Dead, he frees his mother from her madness. A miniature chamber opera, Curlew River is one of Britten’s most fascinating scores. With an unusual formation dominated by winds, percussion, organ and harp, the composer deploys treasures of coloration and suggestion to evoke madness or the dark undulations of the river, in a particularly enchanting and unreal atmosphere. The role of the Madwoman, written for the tenor Peter Pears, with its haunting melismas and expressivity, alone makes it worth discovering this bewitching work so unlike any other.