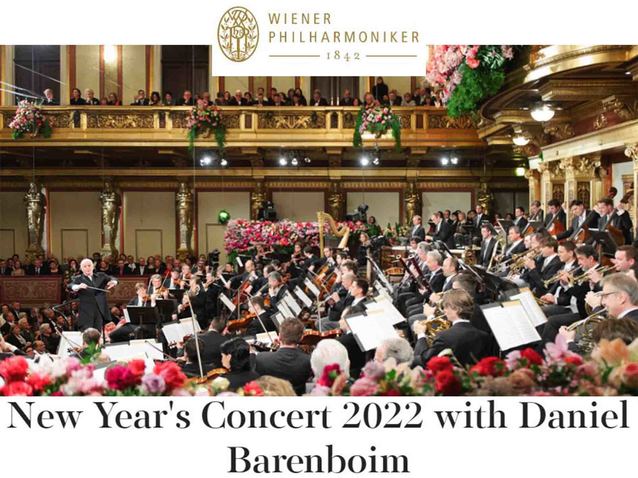 The 2022 New Year's Concert will be broadcast in over 90 countries and followed by millions of television viewers around the world.

The details of the program are online on the orchestra's official website.