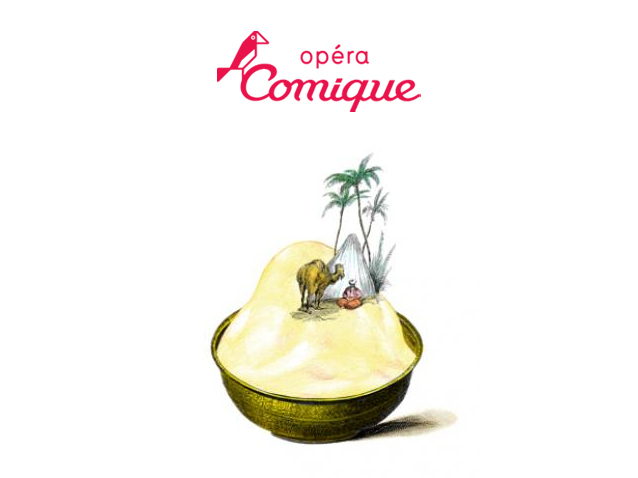 Launched by Offenbach at the Bouffes-Parisiens, Charles Lecocq treated the genre Offenbach had developed with a devotion that raised it to the level of opéra comique, while the Salle Favart dedicated itself to new drama and more literary ambitions. Always busy between Brussels and Paris, the two capitals of French opera, Lecocq managed to disseminate his art throughout Europe. With this virtuoso of operetta, fantasy combined with refinement in a balanced proportion envied by his friends Bizet, Saint-Saëns and Chabrier.

The fantasy of the tale and the Orient unfolds in this loose adaptation of the One Thousand and One Nights in which a whole collection of characters compose – with a great deal of mistaken identity – scenes alternately comic and highly lyrical.

Performance duration: 2h with an interval