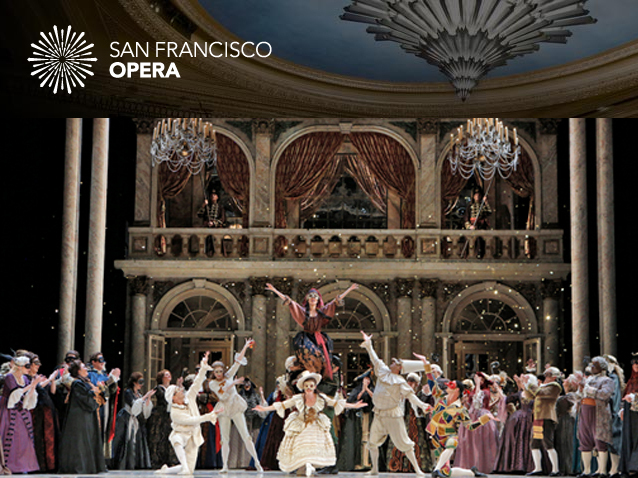 A Swedish king laughs off a fortune-teller’s warning of a plot against his life. But when his closest aide discovers the monarch is having an affair with his wife, the threat of assassination becomes real. This tuneful Verdi masterpiece, “one of the composer’s most hot-blooded and vividly crafted tales” (San Francisco Chronicle), returns with an outstanding cast led by the splendidly lyrical Ramón Vargas (Mephistopheles, 2013) and the riveting Dolora Zajick (Aida, 2010). Amelia, the troubled king’s beloved, will be portrayed by the intensely passionate Julianna Di Giacomo in her San Francisco Opera Debut. Sharing the role of Amelia’s coldly furious husband will be two masterful baritones, Thomas Hampson (Heart of a Soldier, 2011) and Brian Mulligan (Nixon in China, 2012). Nicola Luisotti conducts.