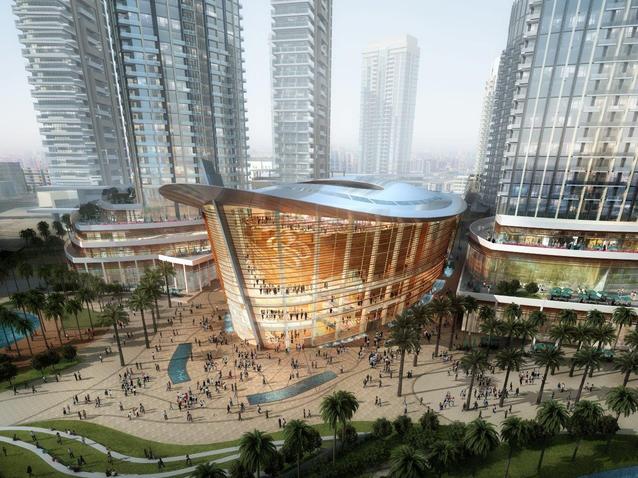 Construction on the Dubai Opera began in March 2013 in the Opera District in Downtown Dubai; it is expected to open to the public in 2016. The facility holds a 2,000-seat hall (with 900 moveable seats, operated by a hydraulic system, for special events), to host not just opera performances but concerts, ballets, plays and exhibits.
The building is designed to look like a dhow, the traditional Arabian sail boat that originated in the Red Sea; the ship’s bow hosts the main stage, orchestra and hall whilst the hull is home to the foyer and reception area.

In January 2015, Jasper Hope (up until then the managing director of the Royal Albert Hall in London) was appointed executive director of the Dubai Opera. The new house’s first season opens in late 2016.