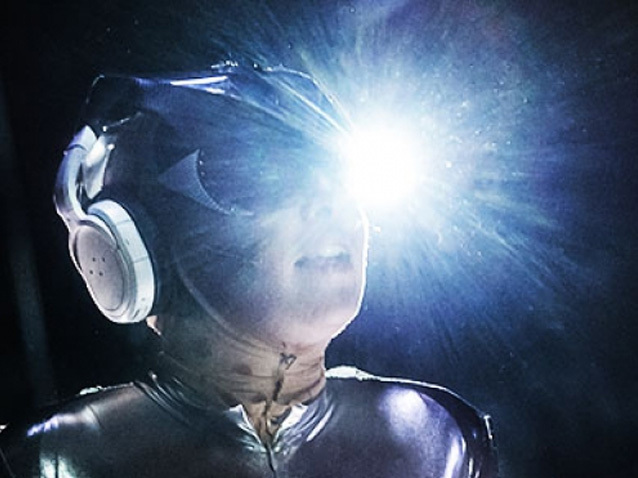 The idea of this project was born in 2010 at the Ruhr Festival. The famous Catalan artistic team "La Fura dels Baus" was invited and brought an old icebreaker from Norway to be used as their performing stage. Linked to the German Mythology and the oeuvre of Richard Wagner, their program was called Global Rheingold.
Once Carlus Padrissa (a main member of the team) announced his dream to create a musical theater piece of sirene songs, Birgit Meyer, Head of the Cologne Opera, as well as  Dominique Mentha, Head of the Lucerne Theater, immediately jumped on this project. The Verkehrshaus in Lucerne, a museum of transport and media as well as a cultural meeting point, joints as the performance location.

The audience is guided through the big hall, underneath airplanes hanging around into the cellar, a long square room, and two tribunes with airplane seats along a kind of a catwalk for the theater to come. Carlus Padrissa seeked the feeling of being in the body of a big ship, dark and damp.

Marc Rosich was chosen to create a libretto for this idea and he linked it to another German Myth or hero : Faust. It is a fantasy plot about human philosophy, a pact between demons and seeking humans, a life sold for technical perfection and greed of power, love or better lust to find out in the end, that natural being and reality is the best.

Howard Aman created a music for this virtual world of demons, heros, meduses and galactical trips. He and his orchestra are enlarged by cymbals, guitars and other instruments as well as electronic sound machines, appearing even on stage. A curtain of technical sound made of long harmonics and mostly deep tones is dominating and mixed with well known arias from different centuries. This mixture is not fluent and fertile, a bit clumsy in the connection.

But it is the show, the spectacle inspired by La Fura dels Baus which attracts the audience, filled up with politicians and artists. There is a lot to see and to share. Faust appears first as a shipman with his crew, desperate and tired, ready to commit suicide. Just then, imaginary voices, sirenes ones, keep persuading him to make the deal of selling his soul and his body to Art. He gets transformed into a young good looking heroine called Fausta, in a bloody realistic surgery.
Fausta starts her trip to galactical smogs, stars and meets sirenes in aquariums pushed on stage. She recognises her power over the world and the Creation process. So she models her perfect male lover, executes the loveact, driven by machines, to finally recognize that love without feeling is not satisfying. Corn and what we guess is chocolate come on stage as natural symbols of the human life to succeed over technics. Too late for the heroine, now hanging in the air, getting a sweet delicious chocolate icing all over her body.

La Fura dels Baus transforms all this on stage, it is overloaded but lacks of drive and determination. It is a slow steady move of images, visual effects and acrobatic gymnastics. However, the performance of the singers is remarkable. They have to adapt to modern electronic sound creations as well as traditional aria performances, all within athletic movements. Marie Luise Dressen is Faust and Fausta, she looks like a doll, with an unemotional beauty, looking like a robot. So does her singing which lacks of expression in the interpretation of the classical arias. Better are her collegues Carla Maffioletti and Stella Motina in various roles. The audience applauds hefty and honors the spectacle as the enormous work of all participants on and behind stage. 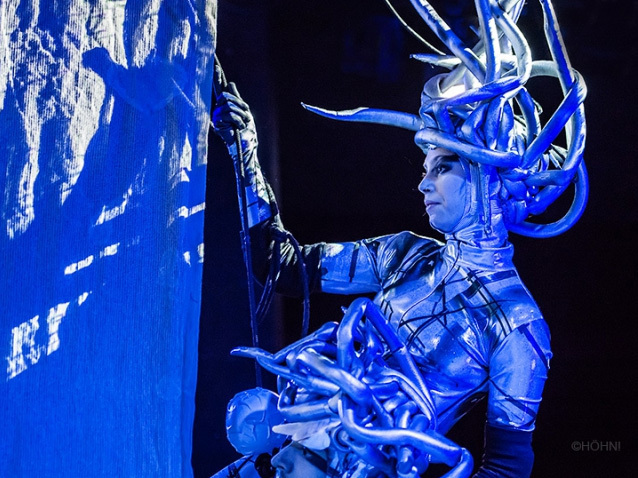 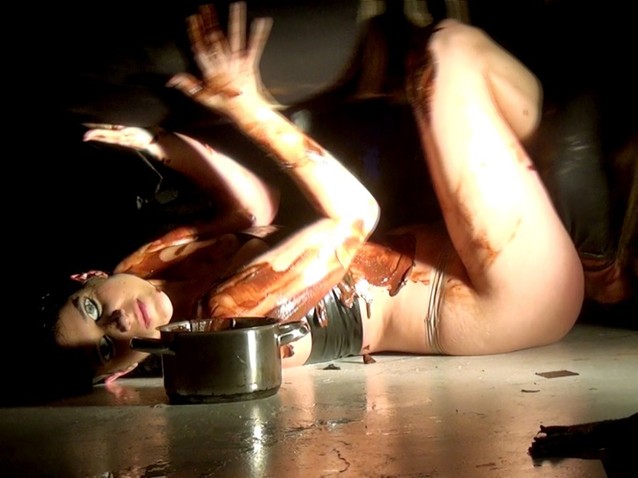 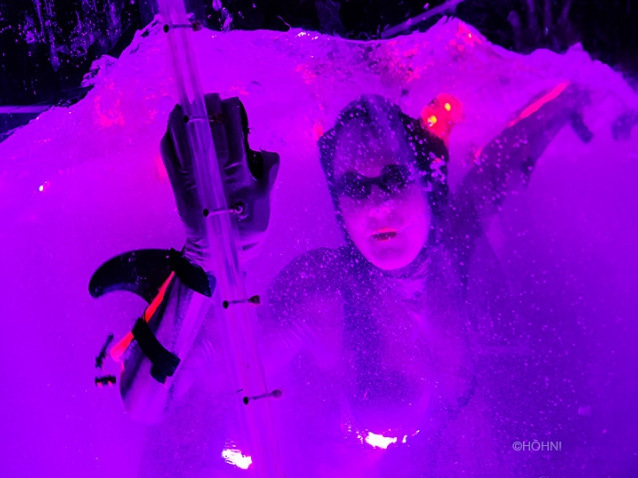 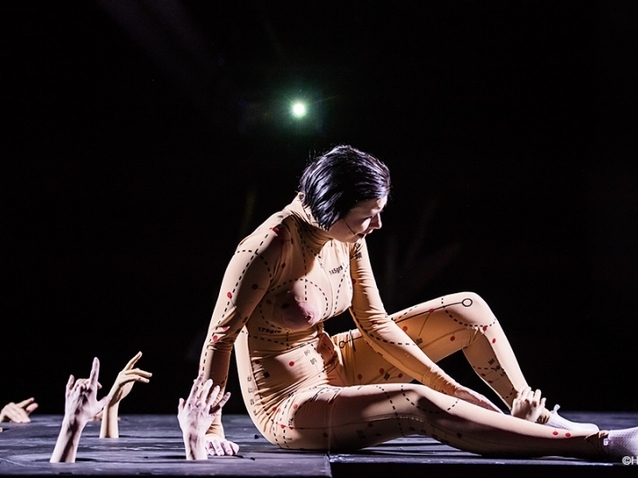 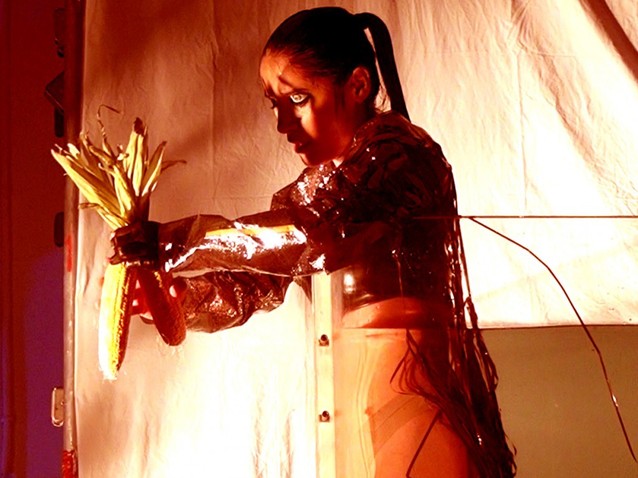